Featuring a New Verse from Drakeo The Ruler, Plus Appearances from OhGeesy, BlueBucksClan, and KenTheMan 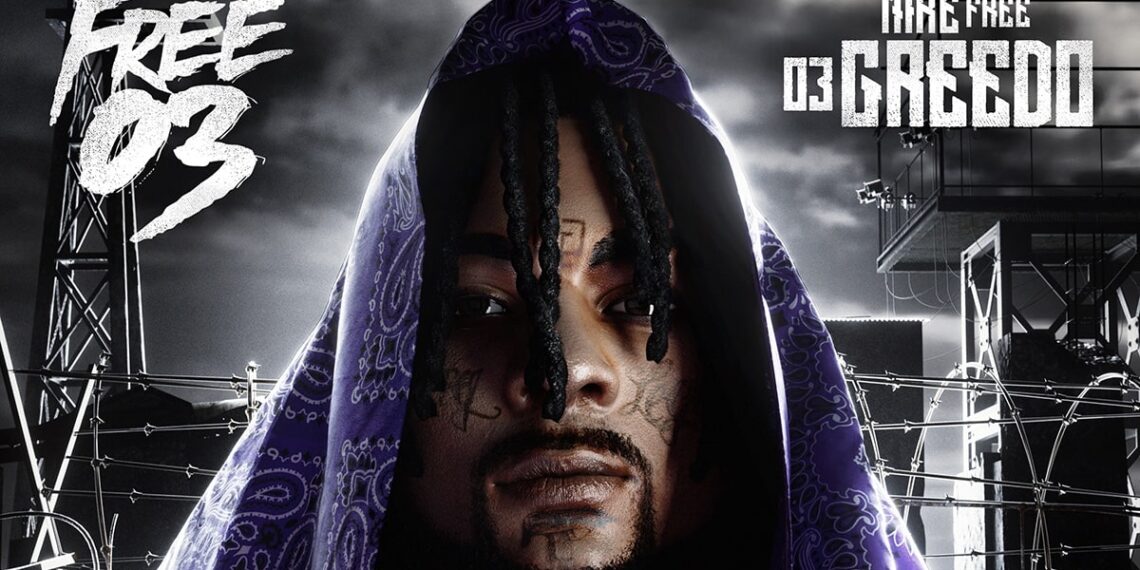 03 Greedo left the rap game in a creative frenzy, recording thousands of songs to feed the streets as he does his time. Releasing the latest batch from his vault of inventive bangers, Greedo shares Free 03, a brand new mixtape.

Created in collaboration with renowned L.A. producer Mike Free, the new mixtape proves that the legendary L.A. rapper remains ahead of his time. The 14-track effort contains Greedo’s first-ever music recorded from jail (including tape highlight “If I Die” and the spoken word “Intro”), along with music made before he began his prison sentence.

Home to 2022 singles “Drop Down” ft. KenTheMan and “Pourin” ft. BlueBucksClan, recently named one of the Best Rap Songs of 2022 by Passion of the Weiss, Free 03 is a potent refinement of Greedo’s inimitable sound. Songs like “Today” and “I Can’t Control Myself” showcase his talent for spinning taffy-like melodies, while missives like “Took A Lil Minute” and “Breakfast” benefit from his supernatural spitting.

The tape boasts standout guest appearances from Greedo’s close friend OhGeesy and the late great Drakeo The Ruler, whose verse on mixtape highlight “No Free Features” rekindles the chemistry from legendary L.A. street hits like “Ion Rap Beef,” “Out The Slums,” and “Let’s Go.”

“Free 03” continues the momentum that Greedo has continued to build, even as he serves a prison sentence in Texas. Free 03 also continues Greedo’s line of collaborations with high-profile producers, including 2020’s Load It Up Vol. 01, a collaboration with RonRonTheProducer, 2019’s Netflix & Deal, produced by Kenny Beats, and 2018’s Still Summer In The Projects, produced by Mustard.