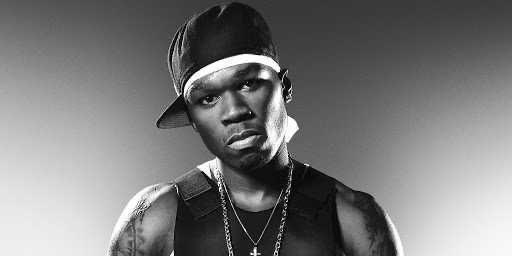 Before transitioning to film production, 50 Cent made waves in the music industry, albeit briefly. The Queens, New York native signed to Shady records in 2002 and a year later released his debut album Get Rich Or Die Trying. The album was a commercial success, moving nearly a million copies in its opening week of release.

Those figures, even by today’s standards are massive for any artist – let alone one just making his major-label debut. You can argue his affiliations with Dr. Dre and Eminem played a huge role in his acceptability, and helped fast-track his success, but 50 Cent’s early hunger was palpable. Having survived getting shot nine times, he was always destined for greatness.

He went on to release more succesful projects in his rap career before bowing out. Taking pride in his skillset as a businessman, Fif knew when not to force things. By the release of his fourth album “Curtis,” it was obvious he was starting to lack the same motivation that endeared him to the public, and had started to focus on movies and other investments outside of music.

Several projects were announced and dropped before he eventually released his fifth album. At 47, 50 Cent, born Curtis James Jackson looks destined to never release an album again, though he recently revealed he’s working on new music for what “may not be” his last album.

“I started working on some things. It may not be the last album. It may be broken up into something that goes out with one of the television shows,” he said in an interview with The Breakfast Club.

In this featured article, we rank all of 50 Cent’s albums in order of first-week sales, starting from the lowest.

Editor’s Note: I focused on his solo albums so his two projects with G-Unit; 2003’s Beg For Mercy, and 2008’s Terminate On Sight are not included.

Album: Before I Self Destruct

Album: Get Rich Or Die Tryin

August Alsina Announces He Has A Boyfriend