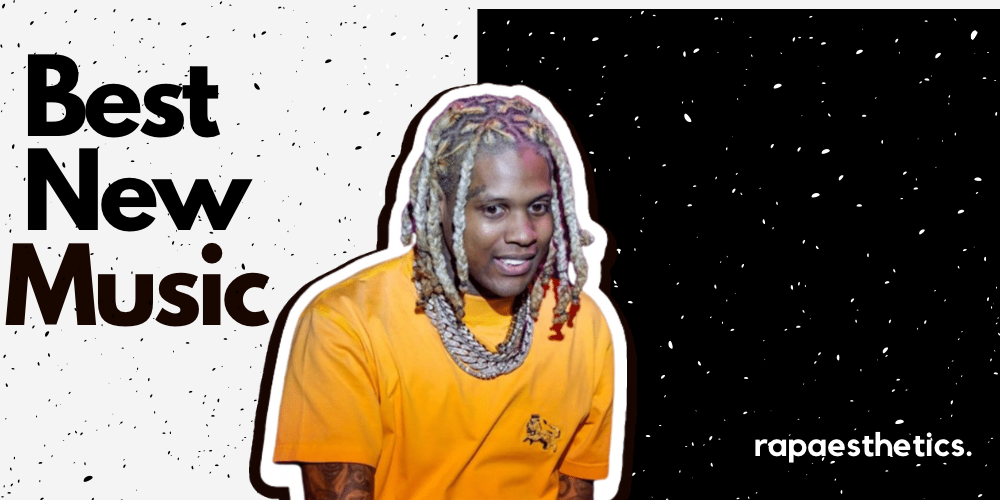 This week’s episode of our Rap Aesthetics Best New Music playlist features new music from Ab-Soul, who just dropped his first album in half a decade, Tyga and Chris Brown, Lil Durk, Latto, as well as posthumous releases from Juice WRLD and Young Dolph. Continue reading for full details.

Ab-Soul questions everything, including the current state of hip-hop, while Joey Badass encourages his fans to dream big on their latest collaboration “Moonshooter.” The new track can be found on Ab-Soul’s newly released fifth studio album Herbert. Both MCs previously connected on Joey Badass’ Capital Steez tribute track Survivors Guilt.

Tyga and Chris Brown are said to have unmissable chemistry on records and the duo would be hoping to score another hit with Nasty. While the two previously teamed up on songs like “Deuces,” “Ayo,” “Loyal,” and Marshmello’s 2019 single “Light It Up.” Nasty is their first collaboration in about three years.

Young Dolph’s estate keeps the slain rapper’s legacy alive with a new posthumous album titled Paper Route Frank. A more extensive coverage of the album would be shared later on Rap Aesthetics, but for now we have decided to feature the 2 Chainz-assisted Beep Beep on this week’s playlist.

Elsewhere, Juice WRLD is confronted with duality on his latest posthumous release Face 2 Face. Latto turns up the raunchiness with Another Nasty Song. While French Montana celebrates his home country’s success at the ongoing 2022 FIFA world cup in Qatar.

Also featured this week is The Weeknd’s “Nothing Is Lost” from Avatar 2: The Way Of Water soundtrack, “Ali” by Birdman & Juvenile, “No More Friends,” by Rich The Kid, “Home” by Russ and more. All in one place for your listening pleasure. Some care!