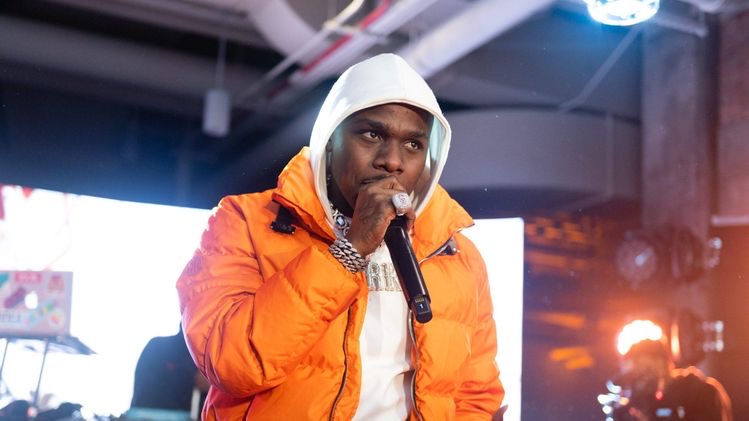 DaBaby may not be able to sell tickets for his shows, but he wants the world to know he has the same rapping abilities as some of rap’s elites. He made the audacious proclamation during a recent appearance on My Expert Opinion with Math Hoffa.

“If I don’t feel like you know nothing about this shit, I’m not about to try and exploit my real life anyways, I’m just doing me,” DaBaby explained. “So when it come to like pain or anything that affects me or effects somebody I love I couldn’t dealt running round god damn exploiting that shit. I can’t do it.”

The North Carolina rapper argued that he can’t be out rapped by Eminem, Kendrick Lamar and J. Cole, “Ok you can put this beat on and I’ll go Eminem level on that bitch, you gotta get one of them to come f-ck with me. You gotta go get Kendrick Lamar, J. Cole, I don’t wanna disrespect nobody but boy, raise your hand,” Baby said.

Fans who weren’t impressed by Baby’s statements reminded him about the ability and achievements of some of the names mentioned.

“This is what happens when you get money and become delusional because no one around you will tell you the truth,” one YouTube user commented.

Another added, “To put yourself in Em’s level Is another thing but to challenge K.dot and Cole is straight up suicide and the need for attention from dababy.”

By now you’d expect fans to be used to DaBaby making audacious claims. The Blame It On Baby artist made similar declarations earlier this year after his L.A. Leakers freestyle over Gunna’s Pushin P went viral.

“Don’t get it fuckin’ twisted,” he told Justin Credible and DJ Sour Milk. “I like to turn people up, I like to make people feel good, but at the same time, you gotta get Kendrick Lamar, J. Cole for me, n-gga. Nas, JAY-Z. You gotta go get them ones.”

Watch the interview below.