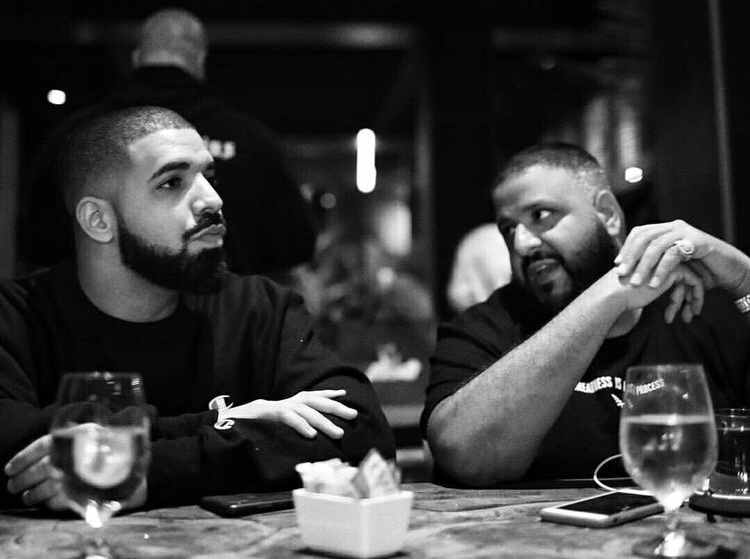 UPDATE: DJ Khaled’s new album has arrived. Stream it below via Apple Music or Spotify.

With about 3 days remaining before the arrival of his 13th stuido album, God Did. Khaled has upped the anticipation by unveiling the star-studded lineup for the project.

The veteran Miami DJ took to social media on Tuesday (August 23) to share the track list for the album, which includes appearances from frequent collaborators Drake, Rick Ross and Lil Wayne as well as rare appearances from the likes of Kanye West and Eminem.

In addition to the already released single “Staying Alive” featuring Drake and Lil Baby, “God Did” also features Jay-Z, Lil Wayne, Rick Ross and John Legend on the album’s title track, Kanye West and Eminem on “Use This Gosepl,” which is produced by Dr. Dre, Latto and City Girls on “Bills Paid,” and Jadakiss on ”Jadakiss Interlude.”

In a recent interview with Complex, DJ Khaled detailed how he was able to secure Hov’s verse for “God Did.”

“I asked him ‘can I play you my album?’ and he gave me his time and his busy schedule,” Khaled told Complex’s Speedy Morman. “I went to see him in New York, I played him my album, at that time it was 90% done, and I told him, ‘of course I need you, but let the music speak.’”

Khaled said he knew Hov would agree to be on the album because the record was made for him. “He invented that type of energy,” he said. “Immediately when he heard it, he started spitting the bars.”