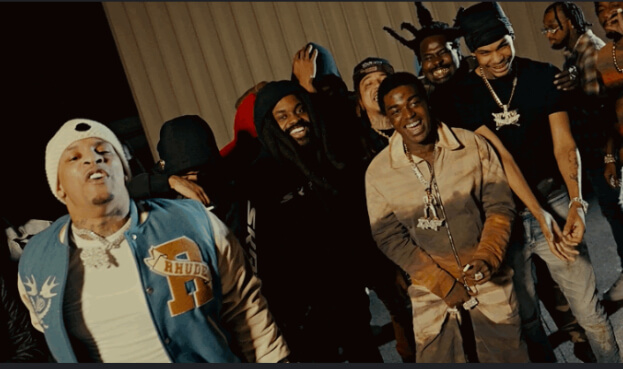 The new release remixes “ISTG,” a buzzing single released by Doodie Lo earlier this year. “ISTG Pt. 2” revels in the electric chemistry between the two rappers, as Kodak complements Doodie’s brashly confrontational verse with an impish one of his own: “It’s all good ’til it’s all bad/That n-gga all cap, can’t wait to get up with his soft ass,” snarls Kodak.

Directed by Jerry Production, the video for “ISTG Pt. 2” finds the dynamic duo mobbing with a crew at a private hangar, where they sip their favorite beverages before hopping on a jet.

“ISTG Pt. 2” is the latest salvo in a busy year for Doodie Lo, following recent singles like “Back Bone,” “FACE,” and the Icewear Vezzo-assisted “Melrose,” as the artist looks to make his mark with his street anthems.