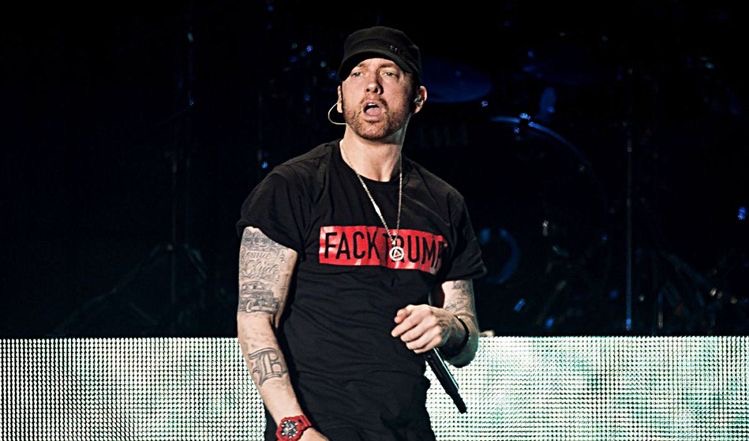 Eminem celebrates the 20th anniversary of his fourth studio album “The Eminem Show” with its Expanded Edition. The Detroit native signaled the album’s arrival via Twitter, using lyrics from “Till I Collapse” featuring the late Nate Dogg.

“Til I collapse I’m spillin’ these raps/long as you feel ’em’ 20 YEARS since #TheEminemShow!!!” the caption reads. “Expanded Edition out now.”

The new expanded version comes with an additional 18 songs, including a few unreleased tracks — “Stimulate”, “The Conspiracy Freestyle”, and “Jimmy, Brian, And Mike” featuring 50 Cent, Lloyd Banks, and Tony Yayo. In addition, the reissue also includes live audio from his Live From Tramps In New York in 1999, Live From Fuji Rock Festival from Japan in 2001, as well as instrumentals of “Without Me,” “Sing for the Moment” and “Cleanin’ Out My Closet.”

Originally released May 26, 2002 under Aftermath Entertainment, Shady Records, and Interscope Records. “The Eminem Show” debuted at number one on the Billboard 200, and remains one of best-selling albums of all time. The album won ‘Best Rap Album’ at the 2003 Grammy Awards, and in 2022 was certified 12× platinum by the Recording Industry Association of America (RIAA).