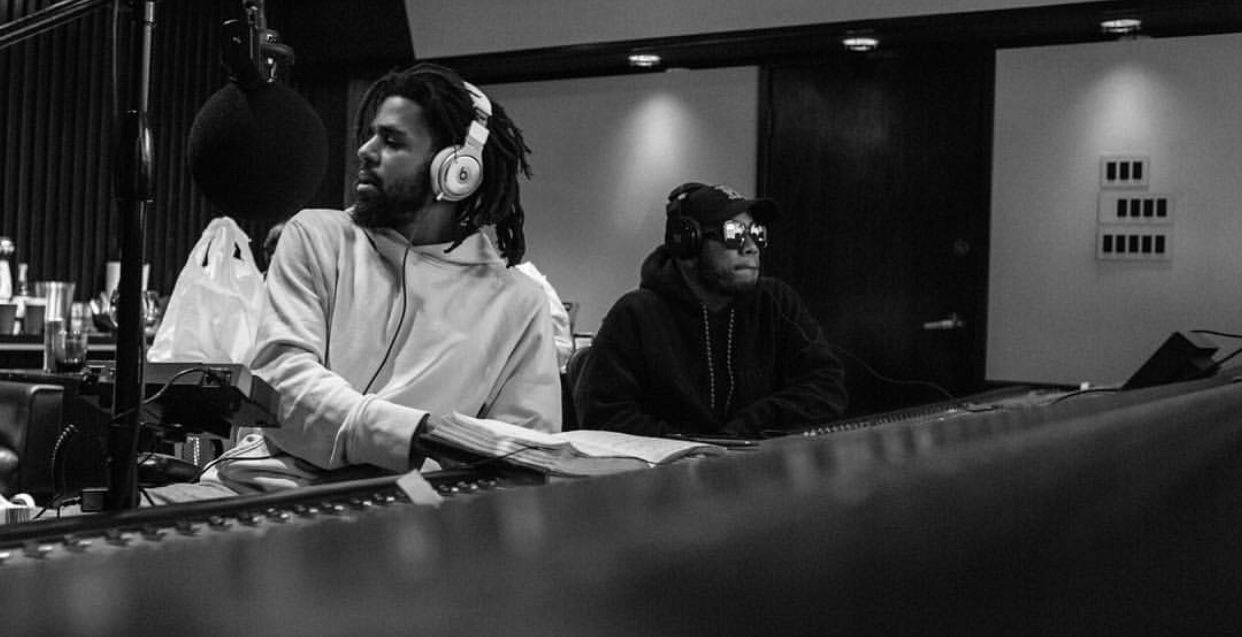 J. Cole achieved a new milestone in his career on Sunday (May 23) 2021 by becoming the first rapper in history to have their first six albums to reach no. 1 on the Billboard 200 chart. His newest album, The Off-Season unsurprisingly debuted at the no. 1 spot with 282,000 equivalent units sold in its first week.

Released May 14, 2021, ”The Off Season” earned 325.05 million on-demand streams with 37,000 pure album sales, earning Cole the sixth consecutive no. 1 album of his career. The Fayetteville rapper celebrated the historic achievement with a thank you message to his fans, while out in Rwanda.

“Sending a thank you from Rwanda! #1 album, I appreciate the love, I heard the noise from out here,” the Dreamville rapper posted on Twitter. “The off-season means keep pushing yourself, I will do the same.”

Sending a thank you from Rwanda! #1 album, I appreciate the love, i heard the noise from out here. the off-season means keep pushing yourself, I will do the same. ❤️❤️— J. Cole (@JColeNC) May 21, 2021

In this featured article, we rank all J. Cole’s albums in order of first-week sales, starting from the lowest.

A still bubbling under J. Cole released his debut album Cole World: The Sideline Story on September 27, 2011. The project received rave reviews from critics on its way to debuting at no. 1 on the US Billboard 200, with first-week sales of 218,000 copies.

“The Sideline Story” was later certified platinum by the Recording Industry Association of America (RIAA), whilst the album’s lead single “Work Out” peaked at number thirteen on the Billboard Hot 100 and was certified two times platinum.

J. Cole broke his known patterns and served a less uptight album with The Off-Season. The off-season is a reference to the NBA’s 20 weeks break that allows players to recuperate and prepare themselves mentally and physically for the upcoming season. The album’s title can be interpreted as Cole letting loose and just having fun with his music.

Rap, seemingly looks less rewarding the older you get, and at 36, Cole is perhaps no longer bothered about people’s opinions of him and is now focused on making music that caters to his selfish desires.

The North Carolina rapper glitched from his usual adherence by choosing to work with other people on this outing. “The Off-Season” featured vocals from Cam’ron, Lil Baby, 21 Savage, Morray, Diddy, and more.

Despite the break in pattern, the outcome remained the same. With The -Off Season, Cole returned to the top of the chart. The rapper’s sixth studio album debuted atop the billboard 200 and was the biggest and highest-selling rap album of 2021 at the time of its release.

J. Cole followed his impressive debut album with Born Sinner, his sophomore album. The project’s title was an obvious nod to The Notorious B.I.G.’s Juicy.

Cole ambitiously released the album on the same day as Kanye West’s Yeezus album. The methodic move may have helped in boosting the numbers for both artists as the tensions from fans were rife. Cole beats the sophomore jinx with an improvement in sales but his first-week numbers of 297,000 still wasn’t enough to prevent Kanye West from debuting at no. 1, with 327,000 records sold.

After two weeks of being at number two, “Born Sinner” eventually climbed to number one in its third week, after selling more cumulative copies than Yeezus and Wale’s The Gifted album, which it dethroned from no. 1.

J. Cole having the courage to take on a megastar like Kanye West was a testament to his meteoric rise and a rewarding experience to the fans who have been with him since The Come Up.

Billboard at the time noted that it was unusual for an album to rise to the top after failing to debut at no. 1 as most titles have their best sales weeks during their debut frame. And many albums find it difficult to sustain momentum after their debut to compete with newer albums.

It’s also noted that since SoundScan started powering the chart, there have been 583 albums that reached No. 1. Of those, only 13% (76 titles) did not debut at No. 1, including J. Cole’s “Born Sinner.”

Born Sinner has since been certified double platinum by the Recording Industry Association of America (RIAA).

“2014 Forest Hills Drive” dropped on December 9, 2014. Released without prior promotion or singles, The album debuted at number one on the US Billboard 200, selling a total of 371,000 copies, with 353,000 copies consisting of whole album sales and the remaining 17,000 copies determined based on individual song sales and streaming data. 2014 Forest Hills Drive became the best first-week sales of his career, out-muscling the first week sales of his second album Born Sinner by 74,000 copies.

“2104 Forest Hills Drive” was certified triple platinum by the Recording Industry Association of America (RIAA) in May 2019 and was nominated for Best Rap Album at the 2016 Grammy Awards.

Released in December 2016 “4 Your Eyez Only” ended Cole’s relationship with Columbia, who he released his previous three albums with, it also began a new chapter with Interscope. 4YEO is a coming-of-age album for Jermaine. The rapper showcased his growth as an artist who realized he was only in competition with himself. Cole stripped himself bare, delivering unabashed lyricism about his mental health delivered from a perspective that is not Cole. A nice change of pace from a usual methodic rapper.

All 10 songs from the album debuted in the top 40 of the US Billboard Hot 100, adding to Cole’s allure.

The album itself debuted at number one on the US Billboard 200, selling 363,000 copies in its first week (492,000 with additional album-equivalent units), earning Cole his fourth consecutive number-one album.

By the time Cole dropped his fifth studio album KOD, an initialism for Kids On Drugs, King Overdosed, and Kill Our Demons he was already known as Mr. platinum with no features: a phrase that will now hopefully be retired by his online defenders. The Success of “4 Your Eyez Only” introduced fans to another dimension of Cole.

Considerably more mature and self-conscious of his responsibility as hip hop’s provocateur, Jermaine made it his duty to educate the rappers coming after him about the dangers of drugs and the illicit lifestyle they promote in their music. As you’re aware, the concept and lyrics on the album weren’t well-received by some of the new school rappers, most notably Lil Pump, who felt attacked by some of the songs on the album including the track “1985 (Intro to The Fall Off).”

The album art, which features paintings of teenagers smoking, drinking, and doing drugs is a satirical expression of what the album is about. The text on the album cover reads, “This album is in no way intended to glorify addiction”.

In a trailer for the album, Cole broke down the meaning behind the LP’s three different meanings.

“If I turn on the TV right now, it’s not going to be long before an advertisement pops up that says ‘are you feeling down? Have you been having lonely thoughts?’ And then they shove a pill in your face.”

“The second meaning, ‘King Overdose’ is representing me… the times that I was — and am — afflicted by the same methods of escape, whether it be alcohol, phone addiction, women.”

“‘Kill Our Demons’ represents breaking free of past trauma. That’s the end goal, to face our shit, realize we have some shit going on inside—everybody, I realized everybody family is fucked up because nobody is fucking perfect. Whether you want to or not, you’re going to fuck up your kids in some type of way, because you got fucked up in some type of way.. the plan is to fuck your kids up the least amount possible. The first response to any problem is to medicate. Kill Our Demons is like, finding that shit, whether it be from traumatic childhood experiences, whether it be from a lack of attention, confidence issues, insecurities—whatever it is, we gotta be honest with ourselves. Look in the mirror or look inside and ask ourselves questions, like what’s causing me to run to this thing as an escape? And once I find the root of that, let me look it in its face an see what it really is.”

KOD was released on April 20, 2018. The album continued Cole’s dominance, selling a massive 397,000 album-equivalent units in its first week, with 174,000 of those coming from pure sales, earning Cole his fifth consecutive number-one album of his career. The album broke several streaming records on both Spotify and Apple Music and has since been certified Platinum by the Recording Industry Association of America (RIAA).