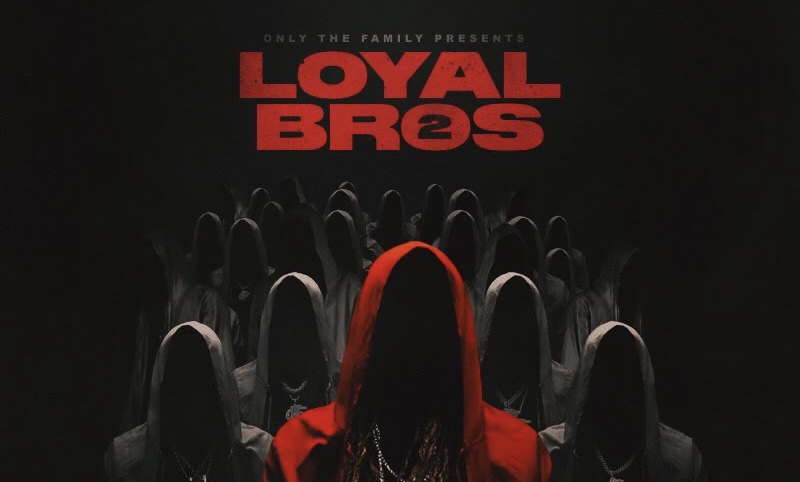 Lil Durk has achieved remarkable success in his career, but as high as he’s risen, he’d never have gotten far without his loyal bros. Showcasing the talents of his brethren from his Only The Family label, Lil Durk presents Loyal Bros 2, a new compilation tape.

Highlighted by several brand new tracks by Lil Durk, including the recent single “Hanging With Wolves,” Loyal Bros 2 touts the benefits of keeping a tight circle of devoted vultures who were around before the fame and fortune.

Curated by the Chicago-bred superstar, the new tape showcases the raw lyricism and melodic instincts of the label’s roster of talent, which now boasts luminaries like Doodie Lo, Booka600, Chief Wuk, C3, Deeski, BoonieMoe, OTF Jam, and more. On “We Did It,” one of the tape’s highlight tracks, BoonieMoe welcomes a verse from the late great King Von.

Inviting an expanded family of kindred spirits to bless the mixtape, the Chicago-based rap crew rolls out the red carpet for stars like Kodak Black, who stunts with Doodie Lo on the recent single “ISTG Pt. 2,” Future, and Trippie Redd, fellow Chicago standouts like PGF Nuk and Lil Zay Osama, street rap stalwarts like Icewear Vezzo and BIG30, plus many others.

Listen to Loyal Bros 2 below.