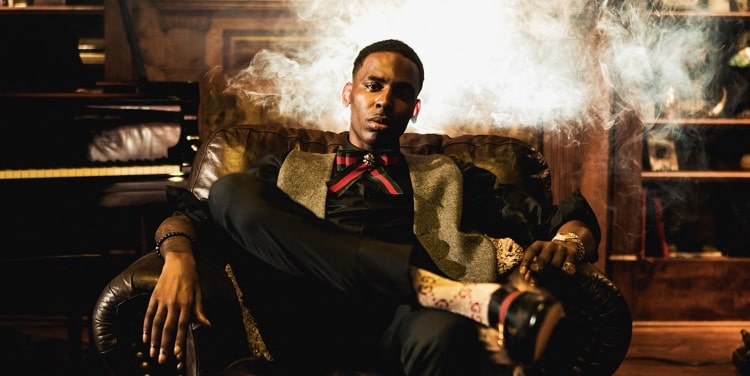 Completed and conceptualized by the Memphis legend before his passing, Paper Route Frank portrays Dolph as a don surveying his territory, pleased with his accomplishments and determined to make space for the next generation to continue the work he started. Home to standout singles “Hall Of Fame,” released on what would’ve been Dolph’s 37th birthday, “Old Ways,” the BandPlay-produced, OJay-sampling stunner, and “Get Away,” released last month, Paper Route Frank finds the artist at the pinnacle of his songwriting prowess, his hard-hitting anthems alternating between brash, irreverent, and profound.

Paper Route Frank welcomes a expertly-curated list of guest stars, each of whom had a personal relationship with the rapper. Dolph’s cousin and frequent rap partner Key Glock returns to spar on “That’s How,” and Glock’s fellow PRE signees Big Moochie Grape and SNUPE BANDZ make memorable impression in their verses on “Infatuated With Drugs.” The album also makes room for star turns from Dolph’s peers, including close friend Gucci Mane puts his stamp on “Roster,” and 2 Chainz, one of the few in the game who could match Dolph punchline for punchline, on “Beep Beep.”

If Paper Route Frank is a concluding chapter in the career of Young Dolph, it’s a fitting one, painting a picture of a legend at the height of his powers with a clear-eyed perception of his enduring legacy.