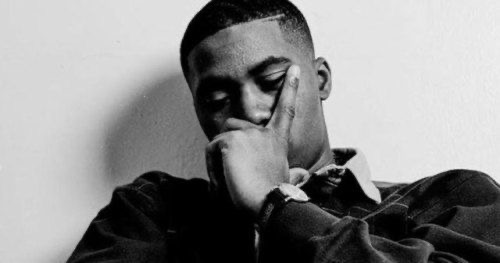 Nas's impressive lyrical ability, versatility, and authenticity are just a few of the reasons why he is considered by many to be the greatest rapper alive.

Editor’s note: The following article is an op-ed, and the views expressed are the author’s own.

The debate over who is the greatest rapper of all time has been raging for decades. While there are many contenders vying for the title, Nas has certainly made a strong case for himself, and can easily be argued the Best Rapper Of All Time.

Born and raised in the Queensbridge projects of New York City, Nas, born Nasir bin Olu Dara Jones has been active in the hip hop scene since the early 1990s, and has released numerous critically acclaimed albums over the course of his career. From his classic debut album Illmatic— which helped mold hip hop history, to his most recent release King’s Disease 3, Nas has consistently reinvented himself using concept materials, and descriptive metaphors that teleports listeners to his vocal booth.

For neutrality reasons I will not be using numbers or awards to quantify Nas’ greatness. The veteran MC is a pen rapper, with little interest in commercial success, and the emphasis should be solely on his lyrical abilities rather than how many albums sold. If you’re curious about numbers you can read the debate for Drake being the greatest. The argument was made using numbers.

Nas is undeniably the most iconic rapper in hip hop. The QB MC is as wise as an old owl and was dubbed the new Rakim early in his career due to his stream of consciousness. Nas first turned heads as Nasty Nas with his opening 16 on Main Source’s 1991 song “Live At The Barbecue,” which he then followed with his solo debut Halftime. In 1994 he released his now classic debut album Illmatic under Columbia Records. The album depicted his experiences with gang violence, and the ravages of poverty narrated from his own experiences as an adolescent growing up in the Queensbridge housing projects. The project would go on to launch his career as well as change the landscape of hip hop forever. Majority of his colleagues spent years trying to mimic illmatic themes but failed to achieve the same resonating success. Till date the album is still being referenced by the new generation and has been immortalized into the Library of Congress’ National Recording Registry. Nas was 20 when illmatic was released but he showcased impressive lyrical ability beyond his years. Lupe Fiasco, Kendrick Lamar and Elzhi are some of the rappers influenced by his brilliance.

Self-awareness is one of the major highlights of the 49-year-old’s profile. Known for his authenticity, Nas has never shied away from tackling difficult or controversial subjects in his lyrics, and has always been unafraid to speak his mind and share his personal experiences and opinions. He has often had dreams of ruling the world, but maintains a humble lifestyle. His shy demeanor adds to his allure and makes him one of the more respected people in music. Despite possessing a mammoth status in hip hop, Nas has oftentimes embraced the underdog role, which itself is a testament to his underground leanings. He knows he won’t get the same accolades as some of his peers and it’s perfectly fine.

“The fact that I’ve not won lots of awards is really a cool thing in a way,” Nas said in 2012 interview with VH1. “I’m able to sustain and still do what I do without the accolades that everybody else gets and it makes people like me more. It makes people know that I’m going to always be true.”

Nas has a unique flow and delivery, and his lyrics are often complex, thought-provoking, and deeply personal. His ability to paint clear illustration through words has earned him widespread respect within the hip hop community, and he is widely regarded as one of the most skilled and talented lyricists in the genre. Some argue you need a level of intelligence to fully appreciate Nas’ music. While that’s not my position to decide, the New York legend has repeatedly displayed rare brilliance on records. Using his 2001 Stillmatic cut “Rewind” as a case study, Nas tells a story that ends at the beginning and starts at the end, an ingenious concept that puts him way above other lyrical rappers.

And if you consider that crazy, he once narrated a story through the perspective of a gun. Over the course of his 25-year-career, Nas has explored a wide range of styles and sounds, from his early work with producer DJ Premier to his more recent collaborations with producers like RZA, No I.D. and Hit-Boy. He has also tackled a variety of themes in his music, from social and political issues to personal struggles and triumphs. This versatility has allowed Nas to remain relevant and influential in the constantly evolving world of hip hop, and has helped him to maintain a dedicated fanbase over the years.

While many typically praise his storytelling, Nas has been criticized in the past for his awful beat selection, which critics feel suffocated his greatness. But like he noted on “Simple Things” from his Kanye West helmed album Nasir: “Never sold a record for the beat, it’s my verses they purchase/Without production I’m worthless/But I’m more than the surface/Want me to sound like every song on the Top 40/I’m not for you, you not for me, you bore me.” Regardless, he has recently found new life with Hit-Boy who has produced his last four albums. Speaking of the now— Nas has released four albums in the last three years which is insane for an artist that already has his faced carved on rap rushmore. While most rappers from his era have forcefully bowed out, or are seemingly too chicken to release an album without their pop star wives, Nas has remained genuine to his traits and is relishing the challenges that comes with hip-hop’s streaming era.

Nas is battle tested. The Queens rapper has had his own share of hip hop feuds, including a highly publicized beef with Jay-Z, that went on for several years. Though Jay is older, Nas had been in the industry longer and wasn’t going to let Hay talk down to him. After the latter criticized Nas’ career on Takeover, Nas responded with Ether – the scathing track is debatably the greatest diss track of all time, and just like illmatic, Ether as a term and a diss track remains relevant today.

Overall, Nas’s impressive lyrical ability, versatility, and authenticity are just a few of the reasons why he is considered by many to be the greatest rapper alive. His impact on the hip hop genre and the wider music world cannot be overstated, and his continued relevance and influence are a testament to his talent and hard work.

So is Nas the greatest rapper of all time? It’s a debate that will likely never be settled, but one thing is certain; Nas has earned the right to be in the conversation.