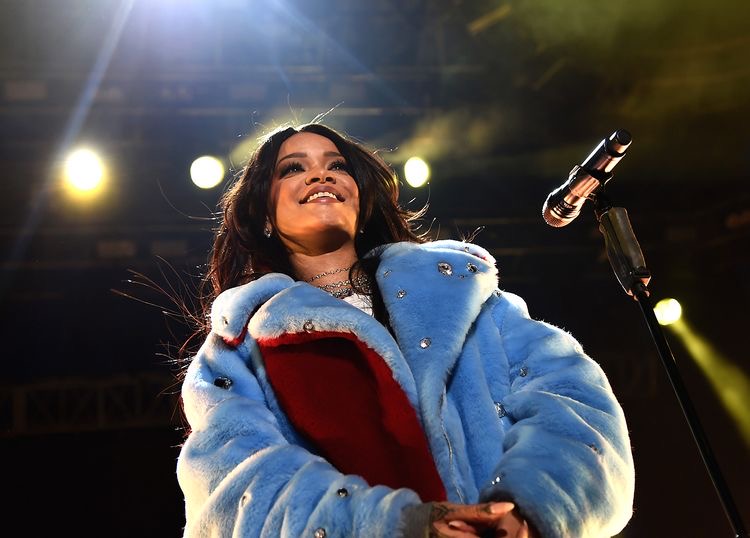 Rihanna makes her long-awaited return with “Lift Me Up,” her first solo single in over six years. Serving as the lead single from the soundtrack to Black Panther: Wakanda Forever, the powerful ballad written by Tems, Rihanna, Ryan Coogler, and Ludwig Göransson, is a tribute to the life and legacy of Black Panther star Chadwick Boseman, who died in August 2020 of colon cancer.

“After speaking with Ryan and hearing his direction for the film and the song, I wanted to write something that portrays a warm embrace from all the people that I’ve lost in my life. I tried to imagine what it would feel like if I could sing to them now and express how much I miss them,” said Tems in a statement. “Rihanna has been an inspiration to me so hearing her convey this song is a great honor.”

The soundtrack, Black Panther: Wakanda Forever – Music From and Inspired By, will also feature a second song from Rihanna, and will be released on Rihanna’s label Westbury Road in partnership with Roc Nation, Def Jam, and Hollywood Records.

Coogler, who directed and co-wrote the original Black Panther and its sequel, revealed how they were able to land Rihanna.

“Rihanna, man, we knew she was at a point in her life as well where she was focusing on different things—focused on business, motherhood, which is a big theme in our film. We were holding out hope that maybe it could work out and boy did it for this song,” he told The Hollywood Reporter.

“Lift Me Up” marks Rihanna’s first solo track since she released Anti in 2016. She last appeared as a featured guest on PartyNextDoor’s 2020 single “Believe It.”

The new single arrives just over a month after it was confirmed that Rihanna will headline the 2023 Super Bowl Halftime Show in February. Along with her Super Bowl performance, Rihanna is prepping for her fourth annual Savage X Fenty fashion show which will feature Anitta, Burna Boy, Don Toliver, and Maxwell as performing artists. The event will be premiering exclusively via Prime Video with other bold-faced names such as Ángela Aguilar, Avani Gregg, Bella Poarch, Cara Delevingne and more set to make appearances.

Listen to Lift Me Up below.