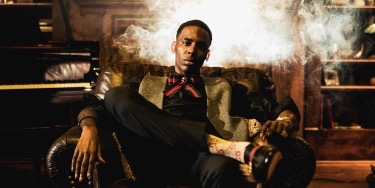 The album Completed and conceptualized by Young Dolph before his tragic death entered the Billboard 200 at number 25 after selling 31,000 copies in it’s opening week of release. A decent showing for a project released independently.

Released on Friday (December 16), Paper Route Frank portrays the Memphis legend as a don surveying his territory, pleased with his accomplishments and determined to make space for the next generation to continue the work he started. Spanning 14 tracks, the tape features production from frequent collaborators like Paper Route Empire’s own Bandplay, Cleveland-born Sosa 808, and Memphis mainstay DJ Squeeky, plus Southern rap sound architects including Dun Deal and Drumma Boy.

Elsewhere on the chats, Lil Durks OTF compilation tape Loyal Bros 2 debuts at number 37 after selling a disappointing 25k units. A slight drop in sales from the original Loyal Bros, which sold 28,000 album-equivalent units in its first week.