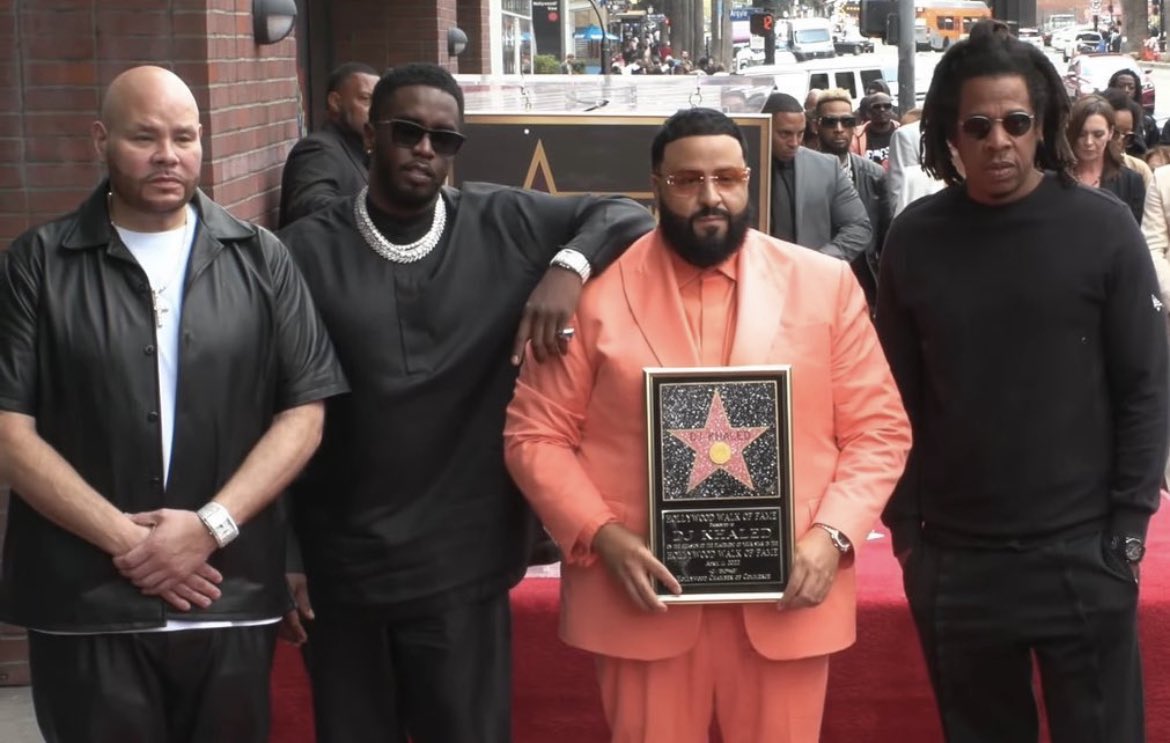 The stars came out to celebrate DJ Khaled on Monday (April 11) as he cemented his name in Hollywood history.

Khaled was presented with his own Hollywood star earlier this week in front of some of his peers in the industry.

Some of the guests to watch Khaled receive his star included Jay-Z, Diddy, Fat Joe, L.A. Reid, Cool & Dre, and Teyana Taylor. His wife Nicole, and their two sons Asahd and Aalam, were also in attendance.

“I’m not a regular type of person, I’m a different type. There’s only one Khaled… I want my star to represent the light, the love that shines on everyone,” Khaled said during his speech. “God put me on earth to be a light. The room can be pitch dark and when I walk in it’s bright. When it’s dark I’m the light and when it’s the light I’m a brighter light… So I want everyone to take this star light and know that this is forever and this is for all of us… That’s why I always say we’re the best and scream and keep going because it’s not just me, it’s we.”

Fat Joe acknowledged Khaled’s contributions to music and gave props to his good friend for his natural transition into fatherhood.

“When I met him, he made me move out of New York to Miami. When I think of Khaled, I think of love. That’s the only reason why you see the heavyweights here like you see them.” he told the crowd on Hollywood Blvd. “In hip-hop for a long time, we haven’t really embraced fatherhood. Nobody has done it like Khaled. Music-wise, there’s nobody with a greater ear.”

Diddy used the moment to give props to Khaled for his “unmatched” work ethic: “You’re a pioneer, an icon, a brilliant business man,” he told the We the Best mogul. “But most importantly, you’re a great friend to all of us that’s here—a great father, a great husband, and one of the greatest people I’ve ever met.”

JAY-Z didn’t speak, but he did join Diddy, Fat Joe, and Khaled’s family for a photo opp in front of Khaled’s new star.