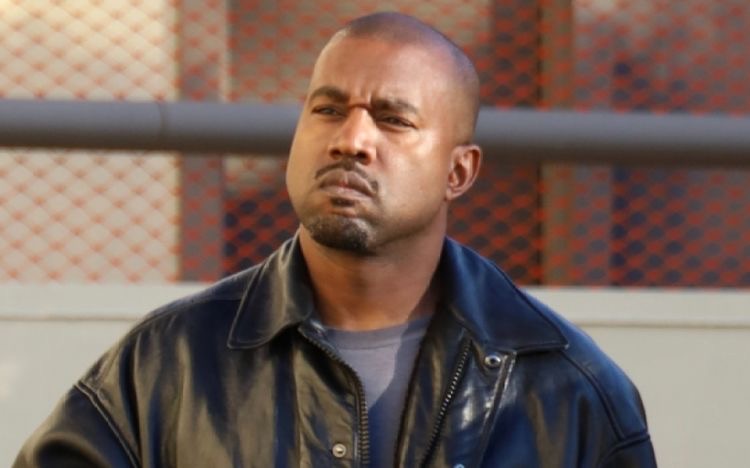 Kanye West returned to Instagram late Wednesday (October 26) for the first time since he was locked out of his account for violating the platform’s policy on hate speech. His first post seemed to address his fallout with adidas, and the future of his Yeezy brand.

In his instagram post, which has since been deleted, Ye shared a text message with “Quinn Emmmanuel” law firm that says he owns the Yeezy name and all trademarks associated with Yeezy.

“As to adidas, you can start to make new designs for footwear, apparel and accessories immediately,” the text read. “As to Gap, the non-compete expires December, 15 2022.”

“You own the Yeezy name and all trademarks associated with Yeezy,” the text concluded.

In another post, the rapper shared a screenshot of a mock headline that reads “Ye has reportedly cut ties with Kanye West.”

“Had to cut ties bro,” Ye wrote in the caption.

In his final Instagram post, which he captioned “Love Speech,” Ye put Ari Emmanuel on blast after the Endeavor CEO urged brands to stop working with Ye.

“I lost 2 Billion Dollars In One Day. And I’m Still Alive,” he wrote. “This Is Love Speech. I Still Love You. God Still Loves You. The Money Is Not Who I Am. The People Is Who I Am.”

Ari Emmanuel called on businesses to stop working with Kanye West over his antisemitic comments on social media. Ari alleges Ye’s comments were dangerous, and urged brands that have collaborated with Ye on fashion lines and other projects in the past to “speak out and take action” against the music artist.

“West is not just any person — he is a pop culture icon with millions of fans around the world. And among them are young people whose views are still being formed,” Emanuel wrote in a Financial Times op-ed. He also accused Ye’s business partners of “giving his misguided hate an audience.”

“There should be no tolerance anywhere for West’s antisemitism. This is a moment in history where the stakes are high and being open about our values, and living them, is essential. Silence and inaction are not an option.”

The rapper and designer finances have taken a huge hit since Emmanuel’s posts, and he’s no longer a Billionaire due to companies like adidas severing ties with him. Forbes says Ye— once valued at $2 billion, now has a net worth of about $400 million.

The 45-year-old is also at risk of losing his $15,000 a year Donda academy. The Times reports parents whose children attend Kanye West’s school in southern California have been told it has closed with immediate effect as the controversy surrounding the rapper over his antisemitic comments continues to snowball.

“Dear Donda Academy Families- we hope this email finds you well. First we would like to express our gratitude for the community of families and scholars that Donda Academy brought together. However, at the direction of our Founder, Donda Academy will close for the remainder of the 2022-2023 school year effective immediately. Thursday, October 27th. THERE IS NO SCHOOL TOMORROW,” an email from the principal of Donda Academy, Jason Angell reads.

While the school gave no information regarding tuition fees, the email continued: “Our leadership team will be working diligently to assist all families during this transition, ensuring that every scholar has what they need to succeed in their next community.”

Gossip blog, Hollywood Unlocked reposted the letter on their Instagram page, while claiming “parents are concerned about tuition refunds.”

Ye got wind of their post and accused the outlet’s founder Jason Lee of using his “hurt” to clout chase.

“JASON LEE. Here’s the clout you’re looking for. My school is being shut down. You wanna help or hurt.”

Earlier this month, Jason Lee decided to leave his post as the head of media and partnerships for West. While he said he departed to start another show, the influencer shared his thoughts on Kanye West. He noted his objections to Ye’s “White Lives Matter” message.

“I love Ye as a person, and I support free speech,” he wrote on IG alongside an image of Kanye West and Candace Owens. But this is gaslighting black people and empowering white supremacy. Not sure if he has any friends left to tell him but this is utterly disappointing.