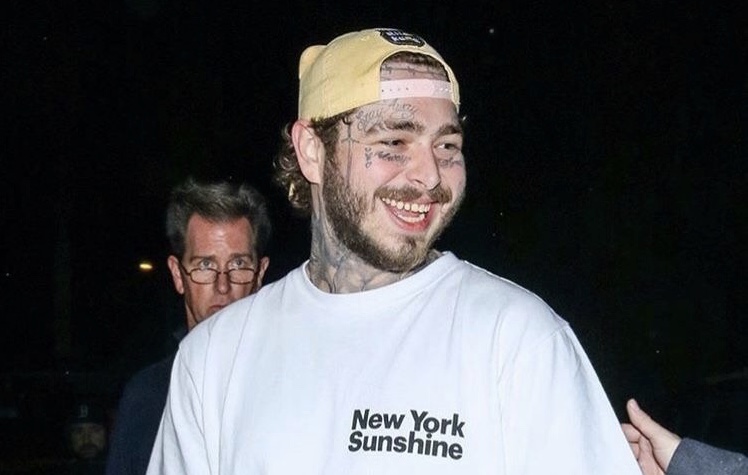 Canadian rapper Post Malone announced on Monday (June 13) that he is now the proud father of a baby girl. He shared the big update during an interview on Howard Stern’s SiriusXM radio show while answering a question about what time he woke up to go to the recording studio.

“I woke up at 2:30 in the afternoon. I went and I kissed my baby girl,” he said before Stern questioned what he meant by “baby girl.”

“Are you referring to your girl or do you have a baby?” he asked Malone, who clarified, “No, that’s my daughter.”

The 26-year-old also revealed in the interview that he is now engaged to the mother of his child.

Keep on scrolling to see some of the most common questions fans have about Post Malone’s fiancee.

There’s a lot of focus on Post Malone’s fiancée, with fans of the singer scouring the internet in search of her identity. But who is she? Post Malone has dated numerous famous models, including Ashley Diaz who he dated for quite some time. However, the status of his baby’s mother remains a mystery.

The “Better Now” rapper has been building his relationship privately and is yet to publicly reveal the name of his partner, but she’s reportedly no stranger to the spotlight. During an interview on Howard Stern’s SiriusXM radio, Post says he has been keeping the relationship private because “I wanna let her make her own decisions.”

Due to the fact that she is a firm believer in maintaining her privacy, her social media handles are not known, and we would encourage you not to pursue any kind of false narrative or rumours until anything genuine comes to the forefront.

Post Malone has one child, a baby girl with his current girlfriend, who is yet to be revealed. The child was reportedly born in Los Angeles last month.

The rapper first revealed he was expecting his first child with his now fiancée in May.

“I’m excited for this next chapter in my life, I’m the happiest I’ve ever been, and for since I could remember I was sad,” he said. “Time to take care of my body and my family and friends, and spread as much love as we can every day.”

Post Malone released his latest album Twelve Carat Toothache on June 3, which debuted at No. 2 on the Billboard 200 with over 121,000 total album-equivalent units sold in its first week. In promotion of the album, the rapper/singer is hitting the road with Roddy Ricch for his Twelve Carat North American Tour, which kicks off September 10 in Omaha, Nebraska.

Since her identity remains a secret, it’s not known if she uses or is active on social media.

After announcing his new status as a girl-dad, fans have been searching for photographs of Posty’s baby girl on Instagram. However, the 26-year-old singer has remained silent on social media. Malone is expected to post something about the good news on his Instagram account, where he is known as @ashcash.