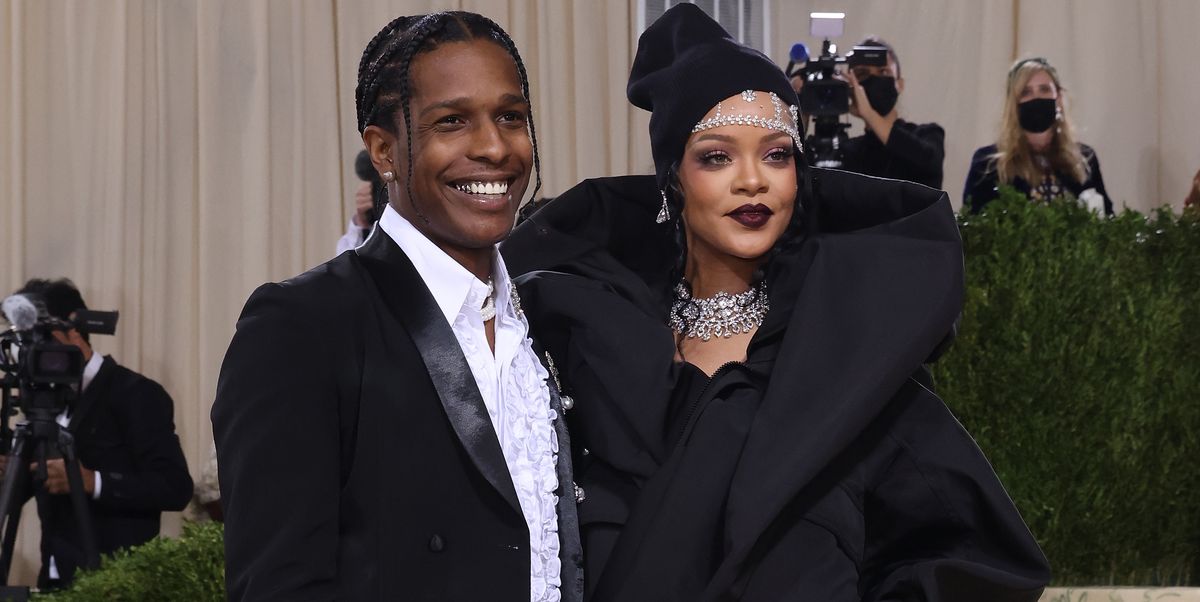 Rihanna graces and stuns in the latest issue of Vogue.

The fashion mogul, and mother-to-be flaunts her maternity physique in a red Alaïa bodysuit, glove, and a four-inch stiletto heel. A look she hopes will empower other expectant moms who feel pressured to dress differently.

“I’m hoping that we were able to redefine what’s considered ‘decent’ for pregnant women,” she tells Chioma Nnadi for Vogue. “My body is doing incredible things right now, and I’m not going to be ashamed of that. This time should feel celebratory. Because why should you be hiding your pregnancy?”

Rih revealed she was pregnant in January through intimate images that showed her bulging stomach. The retired singer strolled hand in hand with her rapper boyfriend A$AP Rocky through the snow-covered Harlem streets.

Rocky, who was friends with Rihanna for years before they finally became a couple, has never been shy to publicly speak about his affections for her. Last May during a GQ interview he described the 34-year old as “the love of my life.” However, it wasn’t smooth sailing from the beginning. The Harlem rapper had to spend several years in the friendzone before getting his opportunity to impress the Barbadian beauty.

“People don’t get out of the friend zone very easily with me,” she says. “And I certainly took a while to get over how much I know him and how much he knows me, because we also know how much trouble we can land each other in.”

Gradually, Rihanna let her guard down, and things became serious when the world went into COVID lockdown. “He became my family in that time,” she says.

She recalls an epic road trip they took in summer 2020, and how she had to cook their foods “on this little janky grill I bought from Walmart.”

“I love the simple things but also the grand adventures, there’s no pretentious my-brand-your-brand bullshit, it’s just us living,” she adds. “I just feel like I can do any part of life by his side.”

She further explains how ambiguity has helped their relationship. “What I love the most about us? Transparency with everything: how we’re feeling, what our goals are, what our fears and insecurities are. The vulnerability to be able to say what you feel about each other.”

Though they weren’t actively “planning” for a child, they also weren’t against it. “I don’t know when I ovulate or any of that type of shit. We just had fun,” she says. “And then it was just there on the test. I didn’t waste any time. I called him inside and showed him. Then I was in the doctor’s office the next morning and our journey began.”

“I always thought it would be marriage first, then a baby, but who the f-ck says it has to be that way. I’m certainly not gonna let that get in the way of me being a mom.”

Rihanna hasn’t released an album since 2016’s Anti, which she calls “my best album to this day.” While fans continue to wait for a follow-up, she offered an update.

“I’m looking at my next project completely differently from the way I had wanted to put it out before”, says Rihanna. I think this way suits me better, a lot better. It’s authentic, it’ll be fun for me, and it takes a lot of the pressure off.”

The full cover story and photo shoot can be viewed here.

Pusha T Opens Up About The Death Of His Parents