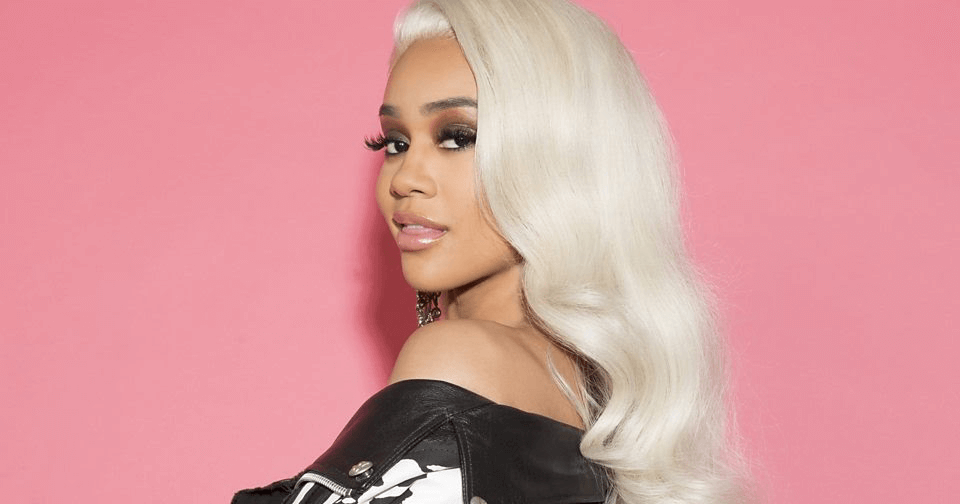 Saweetie Claps Back At Fan Trolling Her Low Album Sales

Saweetie is still yet to publicly comment on the disappointing performance of her new EP, but she returned to twitter over the past weekend to seemingly acknowledge the negative comments surrounding the project’s sales.

“Hate parade…i must be that bitch!!! [kiss emoji],” Saweetie wrote on Twitter. She followed up with, “i make music for pretty bitches! if you can’t relate I understand.”

Twitter is imbued with trolls and it did not take long for one to appear in the comments. “Damn I didn’t know it was only 2,000 pretty bi**hes in the world?” wrote a Twitter user in the CS of the 29-year-old’s tweet.

The Icy girl caught wind of the tweet and clapped back at the troll, who appears to be struggling for fans himself.

“I hope all 2,000 support you babes [fingers crossed emoji],” wrote Saweetie along with an attached screenshot of the fan’s 1 monthly listener Spotify profile page. In another tweet, ‘The Best Friend” rapper outlined and defined some of her descriptive terminologies.

As previously reported on Rap Aesthetics, Saweetie’s latest EP The Single Life is projected to sell just above 2,000 copies in its opening week. Social media users reacted puzzling after hearing about her EP sales, with some wondering how an artist of her repute could end up with such dismal numbers.

He goes on to say, “If I had millions of followers and my album sold 2k I probably would just delete all my social media cause y’all lying to me.”