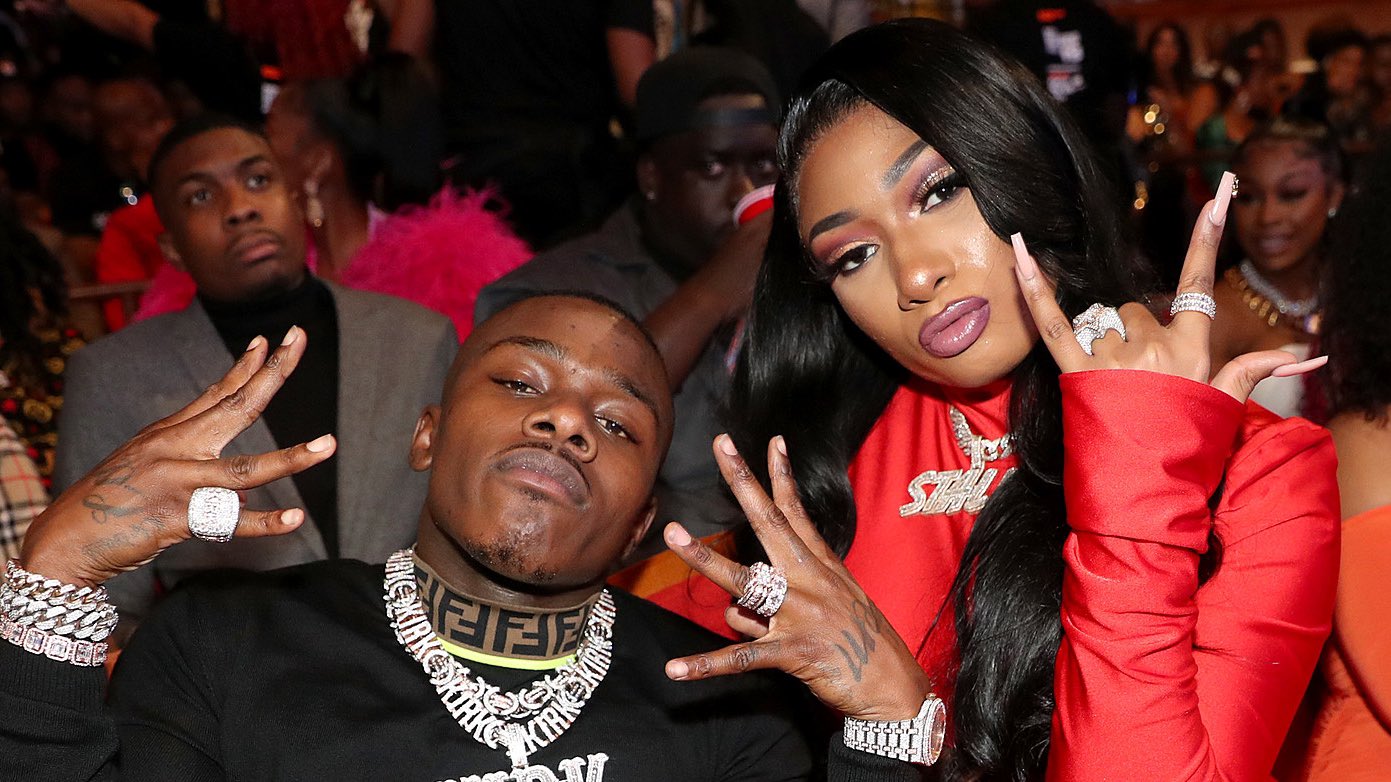 After staying quiet for months, DaBaby returned on Friday (September 22) with his new album Baby On Baby 2. The 14-song LP included songs like Drop Dat Diss, No Condom, One Man Army and Blank featuring legendary singer Anthony Hamilton. One of the tracks that quickly gained attention shortly after release is “Boogeyman” wherein the problematic North Carolina rapper needlessly talks about having sexual relations with Megan Thee Stallion multiple times.

“You play with me that shit was childish/The day before she said that Tory Lanez shot her, I was fuckin on Megan Thee Stallion,” DaBaby claims, referencing the incident where Tory Lanez is accused of shooting Megan in Los Angeles on July 12, 2020. “Waited to say that shit on my next album/Hit it the day before too/But I kept it player, I ain’t say nothing ’bout it.”

Baby also referenced his Twitter back-and-forth with Megan Thee Stallion’s boyfriend Pardison Fontaine from June last year. “Had her pretty boy, boyfriend tweeting me, ready to die ’bout the bitch like a coward/I told you niggas don’t play, now you gone have to handle me/I poked the muthafuckin bear, I’m a animal,” he raps on the controversial song.

No confirmation yet on if Baby’s allegations are true, or what prompted him to spill the tea after staying quiet for so long, but it’s no secret that his relationship with Megan took a dramatic turn in June of 2021 after the rapper retweeted a Twitter post that joked about the alleged Tory shooting.

After incurring backlash from the social media public, Baby claimed the retweet was accidental, and blamed it on some “Illuminati shit Twitter got goin on.”

“I ain’t retweet nothing but ‘Ball If I Want To’ promo,” he said. “I ain’t retweet that silly shit. Then once ppl start tagging me & I saw it and tried to delete it and undo the retweet Twitter didn’t let me. Type shit yall on?”

However, Megan wasn’t moved by his excuses. She accused him of being two-faced, while stressing the severity of the situation.

“Support me in private and publicly do something different…these industry men are very strange. This situation ain’t no damn “beef” and I really wish people would stop down playing it like it’s some internet shit for likes and retweets.”

The two continued to exchange comments on twitter, forcing Meg’s boyfriend, rapper Pardison Fontaine to jump in with some words for DaBaby.

“You a clown ass nigga doin doin clown ass shit then tryin to back pedal .. nigga that’s what it is .. u don’t ever gotta address her again,” Pardi wrote under one of DaBaby’s tweets.

While we await Megan Thee Stallion’s response to DaBaby, here’s how Twitter reacted to the allegations.