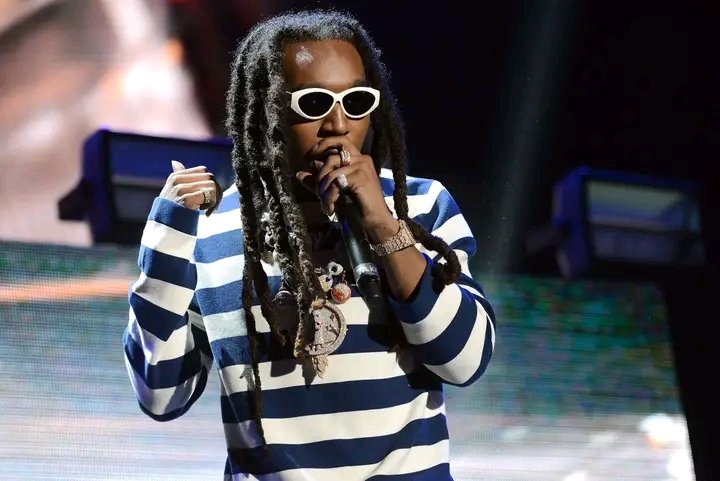 The Hip Hop Community Reacts To The Untimely Passing Of Takeoff

The hip hop community is mourning the loss of Takeoff, who was shot and killed in Houston early Tuesday morning (November 1).

The Migos rapper, 28, was one of three people shot outside a Bowling alley while playing a game of dice. In a statement released on Twitter, Houston Police without naming the victims confirmed that one individual was pronounced dead at the scene, while two other victims were taken to hospitals.

As we previously reported, Takeoff and Quavo were partaking in a dice game outside the bowling alley of a private party when an altercation broke out and someone opened fire, reportedly shooting Takeoff in the “head or neck.”

According to Houston Police Department Lt. Salazar, 40 to 50 people were at the scene at the time. When they arrived, they saw Takeoff, who was the nephew to Quavo and the cousin to Offset laying motionless in a pool of blood. He was pronounced dead at the scene.

His peers took to social media to grieve the news of Takeoff, born Kirshnik Khari Ball’s death, offer prayers and honor the impact he’s made.

Rip Takeoff… this shit has to STOP… sending love to friends and family,” wrote Ja Rule on Twitter.

“I just want a world where black people are safe. i don’t give a fuck what anybody say i know that’s not too much to ask,” wrote Noname on twitter.

“Black love and black unity is a survival tactic. we can’t keep taking each other out like this,” she added.

Veteran hip hop DJ, DJ Premier took to social media to vent his frustrations over the loss of another MC. “There has to be more respect for life than this!!! Value living to grow old,” he wrote.

See other tributes from artists like Yung Miami, Westside Gunn, Questlove, Lloyd Banks and more below.