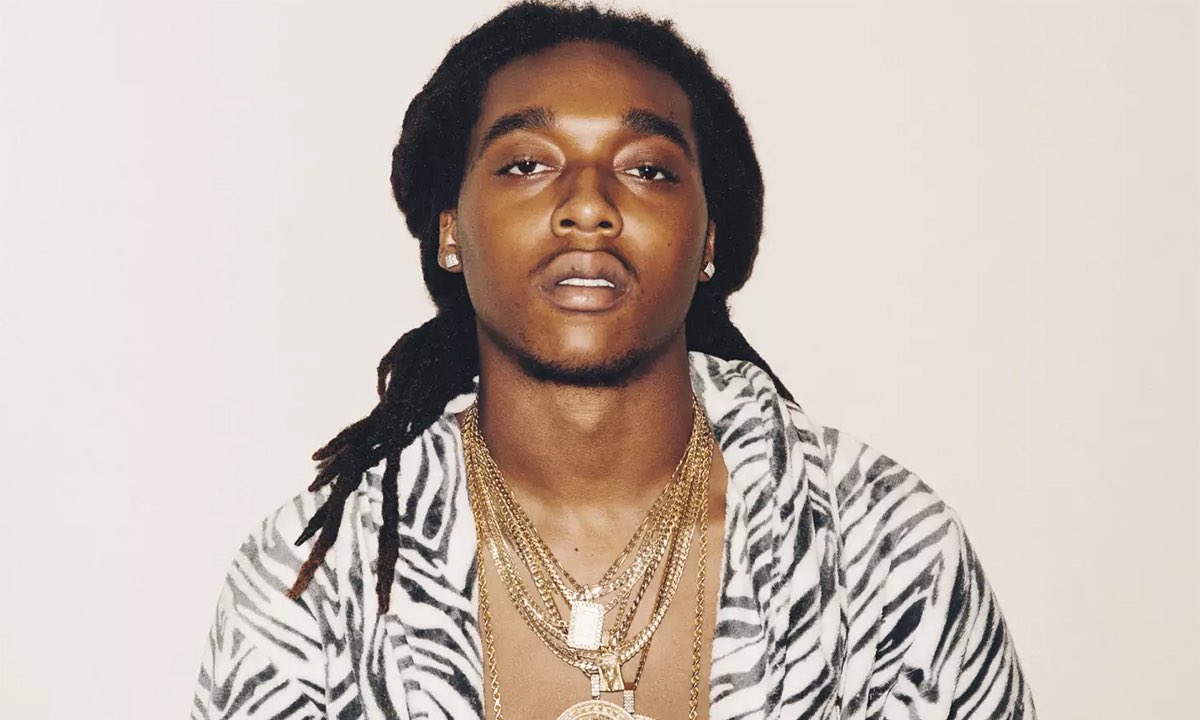 Migos rapper, Takeoff is dead. According to multiple reports, Quavo and Takeoff were shot in the early hours of Tuesday (November 1) in Downtown Houston over an alleged dice game.

Not much is known at this time but social media is flooded with unconfirmed commentaries and footages of the incident. In clips making the round, Takeoff can be seen laying lifeless on the floor.

A Twitter user who claimed she was present at the scene of the incident, confirmed Takeoff was shot and killed because “someone else was salty over a dice game.”

Girl this happened because someone else was salty over a dice game.

Houston police also confirmed a shooting took place at 1200 Polk, but are yet to release the identity of the deceased victim found on the scene without notifying the Family first.

According to TMZ, Quavo and Takeoff were playing dice at a bowling alley called 810 Billiards & Bowling when an altercation broke out. Someone allegedly opened fire, hitting Takeoff in the head or close to it. He was pronounced dead on the scene.

TMZ also confirms Quavo was not injured during the altercation, and was by Takeoff’s side who was laying in a pool of blood.

After news of his passing was confirmed. Many fans, friends, colleagues and loved ones rushed to social media to send their condolences.

do y’all not realize these niggas changed the whole cadence of rap when they came out? rip Takeoff. this man has been staying out the way, keeping it minimal, and minding his own buisiness since the beginning. If that’s not enough to be left alone, then idk.

idc who’s fault it was. i feel like the universe should be obligated to protect energy like his.

Born Kirsnik Khari Ball, Takeoff was born in Lawrenceville, Ga., in 1994. He attended Berkmar High School in Gwinnett County, and was raised by his mother, Edna Marshall, who died at the age of 82 in 2019. Marshall, who was Quavo’s sister, also raised Quavo and Offset, who is her nephew, and Takeoff, Quavo’s nephew.

He began rapping with Quavo and his cousin Offset in 2008. Originally called Polo Club, the trio changed their name to Migos and released their first mixtape, “Juug Season,” in 2011. The group released four studio albums, including 2015’s Yung Rich Nation and 2021’s Culture III.

As a solo act, Takeoff dropped The Last Rocket in 2018. He also aligned with Quavo for Only Built for Infinity Links which arrived on October 7, 2022. In addition, Quality Control Music heavily featured Migos on the label’s Control the Streets compilations.

He is survived by siblings Ezekiel Davenport and Heaven Davenport, Aunt Kashara Reed and numerous cousins.