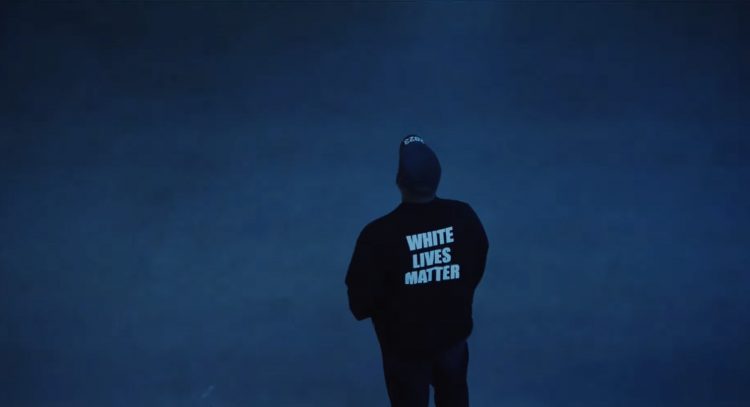 Kanye West has responded to the criticisms that followed his perplexing decision to don a White Lives Matter shirt during a Yeezy Season 9 fashion show in Paris. In his rebuttal against the online backlash, the 45-year-old billionaire called the Black Lives Matter movement a “scam.”

“Everyone knows that Black Lives Matter was a scam,” Ye wrote on his Instagram stories Tuesday (October 4), likely referring to reports about leaders of the organization allegedly stealing millions from donors.

Ye West’s “White Lives Matter” shirt attracted widespread condemnation from the media, critics and social media users who consider the phrase a dog whistle for white supremacists. Boosie accused him of not caring about the sufferings of Black people, and reminded him of his 2005 comments to George Bush.

“@kanyewest AFTER ALL WE BEEN THROUGH AS A RACE YOU PUT THIS DISRESPECTFUL SHIT ON!!” Boosie wrote on Twitter. “U GIVES NO FUCKS ABOUT HOW BLACKS HAVE DIED N SUFFERED TO THE HANDS OF THE WHITE MAN N U SAY BUSH DON’T LIKE BLACK PEOPLE…REALLY N-GGA.”

He followed the post by sharing a picture of the rapper in white face.

Jaden Smith, who was at the show revealed he had to leave the venue because he was not in support of West’s message.

“I can’t stand behind what Kanye’s saying, he does not have the full support of the youth,” he wrote. “Black Lives Matter. I don’t care who it is if I don’t feel the message I’m out.” He later deleted the tweet but added, “I had to dip lol,” and “Black Lives Matter.”

Kanye West has a history of pandering to white nationalist ideologies. The Yeezy billionaire was one of the most outspoken supporters of Donald Trump and his Make America Great Again slogan. He also suggested slavery was a choice during a 2018 appearance on TMZ live.