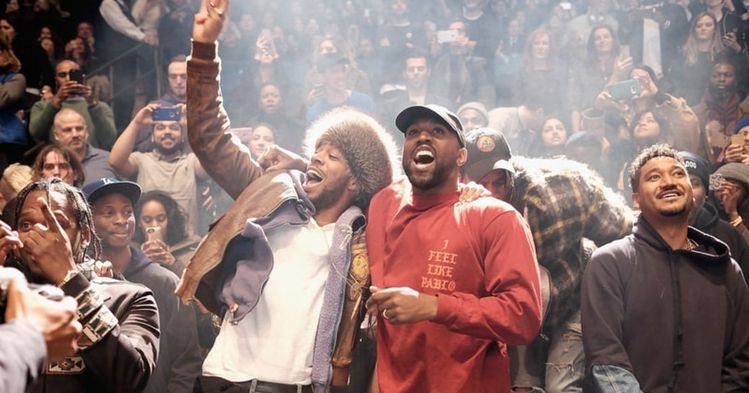 Kanye West reverted to his old habits this week following unconfirmed reports that his ex-wife, Kim Kardashian and Pete Davidson had ended their nine-month relationship. The Billionaire rapper, who is equally famous for his social media belligerence took to Instagram on Monday (August 8) to declare Pete Davidson “dead” in a since deleted post.

Ye also used the moment to troll Kid Cudi for his bad luck at Rolling Loud Miami last month. If you recall, Cudi was called in to replace West at the last minute after the yeezy founder pulled out of the festival for unknown reasons.

During his set, Cudi had water bottles thrown at him by some audience members, speculated to be disgruntled Ye fans. Cudder eventually walked off the stage when an audience member ignored his threats to end his performance if they continued throwing items at him.

Despite canceling his headlining set, Ye trolled the Festival organizers by showing up to Lil Durk’s set on Friday night. The two performed their verses on Cardi B’s new song “Hot Shit, as well as West’s “Father Stretch My Hands Pt. 1.”