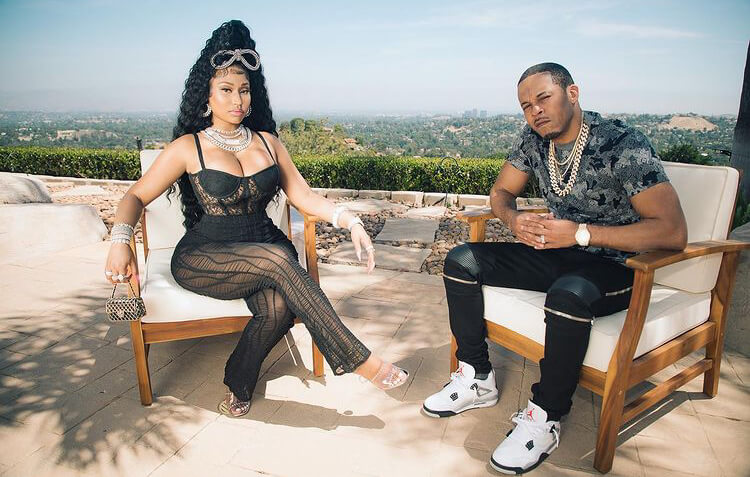 Nicki Minaj isn’t phased by the recent restrictions placed on her husband’s freedom and is standing by her man. The New York rapper shared a pair of family pictures to her Instagram account shortly after her husband Kenneth Petty was placed on house arrest, to perhaps let her nearly 200 million IG followers know the family is unbothered.

The photos included Kenneth and their 2-year-old son Papa Bear. The caption didn’t reveal much, but it depicts the love she has for her family.

Nicki, 39, has always been unabashed about her support for Petty, who she reportedly married in October 2019. She previously commented on his sex offender crimes on her Instagram live, saying “He was 15, she was 16 … in a relationship, but go awf, Internet. y’all can’t run my life. Y’all can’t run ya’ll own life. Thank you boo.”

Petty was convicted in 1995 for first-degree attempted rape and served almost four years in New York state prison for the crime.

A federal judge sentenced Petty to one year of home confinement on Wednesday (July 6) for failing to register as a sex offender in California. The 44-year-old, who pled guilty to the crime also received three years probation and a $55,000 fine.

“I take full responsibility for whatever happens today,” Petty said. “I’m ashamed, embarrassed and disrespected my wife’s brand. There are no excuses, I broke the law. I thank you for giving me the chance to speak, to apologize.”