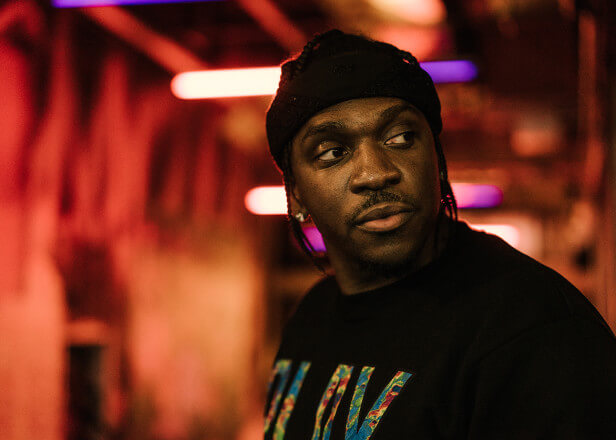 Pusha T is set to release his new LP ‘It’s Almost Dry’ this Friday. Ahead of the album’s arrival, the Virginia native has unveiled the Tracklist for the upcoming project.

It’s Almost Dry will include the album’s lead single “Diet Coke” as well as that Jay-Z and Pharrell Williams assisted ‘Neck & Wrist.’ The 12-track set also finds Push reuniting with his elder brother, No Malice on the album’s closer “I Pray For You.”

Other contributors to the LP, which Push declared the “album of the year” includes Lil Uzi Vert, Kid Cudi, Kanye West and Don Toliver.

In a recent interview with Rolling Stone, the 44-year old explained the meaning of the LP’s title ‘It’s Almost Dry.’

“I’m always creating a masterpiece,” he explained. “And in the creation of that in terms of a painting, you end up telling people while they waiting on it, ‘It’s almost dry,’ because they’re always asking, ‘When will it be done?’ And you have to wait on masterpieces. Also in drug culture, a lot of times you’ll have people waiting on the product and it’s not dry yet. You can come get it when it’s dry.”

“It’s Almost Dry will be Pusha T’s first album since 2018’s Grammy nominated DAYTONA. The Clipse member is promoting his new LP with a performance on The Tonight Show Starring Jimmy Fallon on Thursday (April 21).

Pusha T is also hitting the road in May in support of the album.