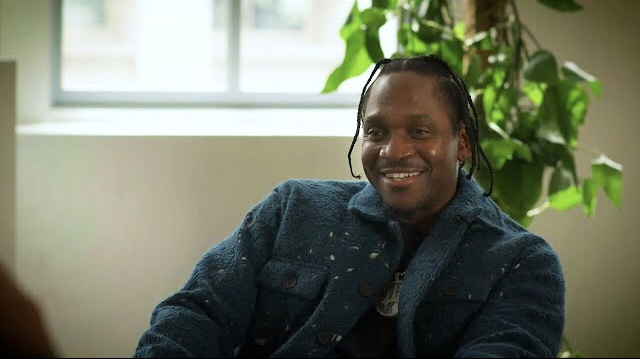 Pusha T Opens Up About The Death Of His Parents

Ahead of the release of his upcoming fourth studio album “It’s Almost Dry,” Pusha T sat down with media personality Charlamagne Tha God for a lengthy interview.

During the nearly-hour-long chat, King Push discussed how Ye and Pharrell helped him create his “best body of work.”

“I feel like, you know, I had the best of both worlds in regards to production and in regards to two people that actually understand who I am and they like two different things from me that I feel are both really great.

Woman Testifies R. Kelly Started Having Sex With Her At Age 15

Just from that aspect, I just feel like, man, this body of work is untouchable because it doesn’t lean too heavy on either side. It’s like, you get the whole spectrum. Probably my most well-rounded body of work.”

He also explained how his recent collaboration with Jay-Z “Neck & Wrist” came about.

“I reach out to him when I feel like there’s absolutely nothing else great I can say on this record, and the only person who can give the record an uptick is somebody who I can’t say what they can say. I can’t speak what Hov speaks. I’m not there.”

Elsewhere in the interview, the Virginia native opened up about the loss of his parents, Mildred and Gene Thornton, who passed within four months of each other.

“I think the one thing that’s helped me deal with grief right now… I just know I was good with my parents, both of them, like really good. I grieve selfishly, I’m grieving now,” he said emotionally.

“They’re alright, I know it,” he added