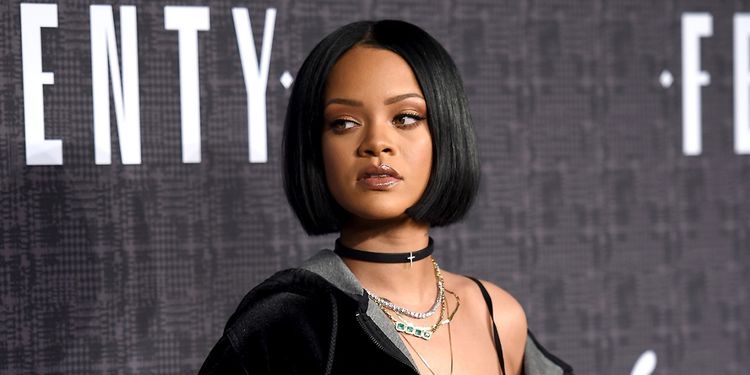 As you know by now, Rihanna will be headlining next year’s Super Bowl halftime show at State Farm Stadium in Glendale, Arizona. The 2023 sporting event sponsored by Apple Music will serve as the Barbadian singer’s first live performance in over five years.

“IT’S ON. @rihanna will take the stage for the first-ever Apple Music Super Bowl Halftime Show on 2.12.23,” Apple Music announced in a tweet featuring a photo of the “Umbrella singer’s raised hand holding an American football.

The 34-year-old new mother in recent years put her music career to the side to focus on her cosmetics brand Fenty Beauty. She last released an album in 2016, and her fans have been deprived of new music from the Diamonds singer since then. While many are excited about her long-awaited comeback, some of her fans refuse to get their hopes dashed, with some lightheartedly suggesting her Super Bowl performance is going to be a new promotional ad for her Fenty products.

Another added: “SUPER BOWL, MY NAME IS RIHANNA AND THIS IS FENTY SPORTS COLLECTION.”

Several other users kept the joke going, with another saying “Rihanna bout to announce Fenty Sports. Y’all not getting no album.”