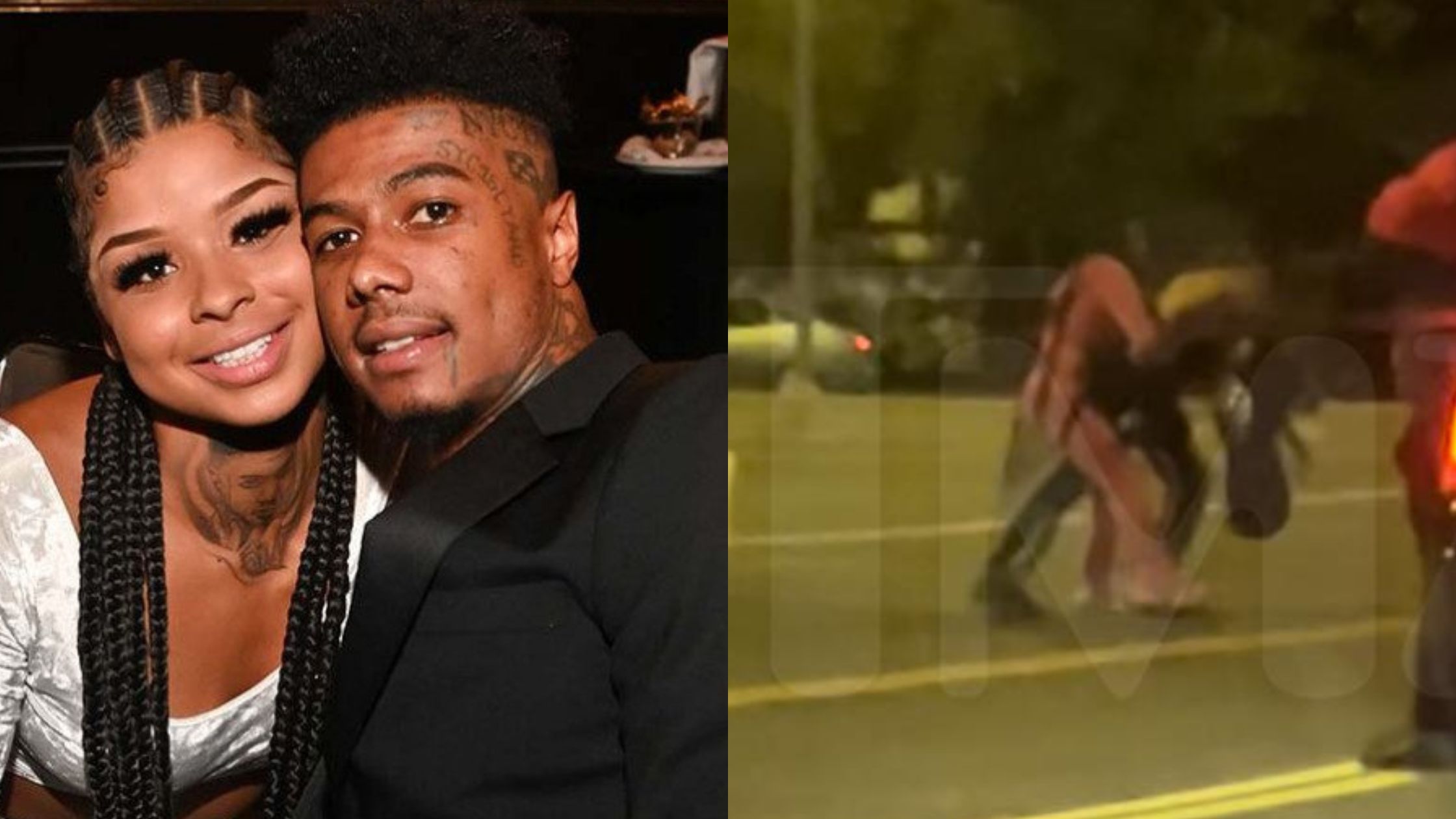 Few hours after announcing pregnancy, Chrisean Rock got into a public physical altercation with multiple women.

According to TMZ, a fight broke out early Saturday morning after the ‘VIBES’ rapper crashed Blueface’s 26th birthday bash at his Chatsworth home. The gossip outlet reports Blue tried to get away to his vehicle and was followed by Chrisean and a group of other people. In the video below, Rock is seen squabbling with unknown women while wearing the same pink track suit she wore during her pregnancy announcement vid.

Eye witnesses say Rock tried to get Blueface inside her car to leave with her, but Blue left in a different vehicle instead following Rock’s altercation with the other ladies on the scene. The ‘Crazy In Love’ couple were later seen cutting a cake for his birthday and celebrating, but it’s unclear if this was after the incident.

As noted above, the altercation is said to have happened few hours after Chrisean Rock revealed she was pregnant, which forced Blueface to announce their breakup.

“To answer y’all questions yes me an rock are officially done it’s strictly business,” he tweeted Saturday (Jan. 21). The rapper also demanded a DNA test, claiming Rock “has had encounters with 10 different men in the last year.” But the former D1 athlete insists the baby is his.

“I haven’t been sexually active with anybody but you. Like what are you talking about? I’m not that dumb. I play dumb, but I ain’t dumb at all,” she said.

In new developments, Blueface’s mother Karlissa Saffold says the baby can’t be her son’s because the ‘Thotiana’ rapper had a vasectomy and he’s unable to have children.