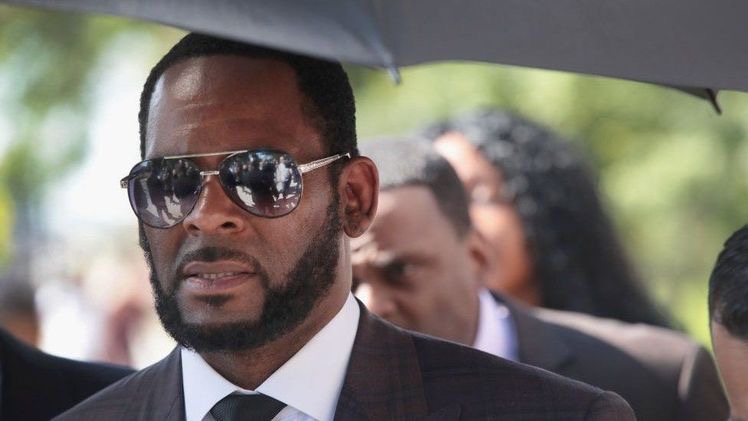 Woman Testifies R. Kelly Started Having Sex With Her At Age 15

A woman identified to be R. Kelly’s former goddaughter testified during a court hearing in Kelly’s trafficking trial on Thursday (Aug. 18) that the “Ignition” rapper first had sex with her when she was just 15-years old.

The alleged victim known solely by the pseudonym Jane, spoke about her earliest encounters with Kelly, which she says started at 13. As succinctly detailed on Twitter by Megan Crepeau of the Chicago Tribune, Jane harmlessly asked R. Kelly to be her godfather in the 90s to which he agreed. She alleges the nature of their relationship changed weeks after.

“We would spend a lot of time on the phone together, and eventually he might ask me a question like ‘what color panties are you wearing?'” She said.

Jane tells the jury that since he was her godfather, it was normal for her to be around him without supervision. She testifies the disgraced singer first touched her sexually when she was 14 in the office area of his Chicago studio. Jane explained to the jury that the physical contacts continued, and escalated to intercourse when she was 15. Kelly was around 30 at the time.

She says they had sex “an innumerable amount of times” when she was 15-18 years old.

When asked why she had sex with the Chicago rapper, Jane, now 37 says “It was out of intimidation.”

Jane told the jury Kelly would suggest she recruits her young friends to join them.

“He would make an advance like ‘what’s up with this person, how would you feel if they were included in our sexual activity?’ … I told him yes, I would basically pitch the idea.”

Jane says she started to have feelings for the now 55-year-old, so she went along with his request to include her friends. “I was thinking I was in love at the time and I was being submissive. I wanted to give him what he wanted and I didn’t want to make him feel like I wasn’t cooperative.”

Jane was at the center of R. Kelly’s child pornography case in the early 2000s. She and her parents repeatedly denied to authorities that she was the girl on the tape, and she was never called to testify at his 2008 trial.

For the first time after two decades, Jane confirmed she’s the girl urinated on in the now-infamous tape, explaining that she “wanted to share it” with her friends, but didn’t because Kelly told her “to keep it a secret and not to share it with anyone.”

“That was something I would take to my grave.”

R Kelly – who is already serving a 30 year sentence after being found guilty in a New York court on racketeering and sex trafficking charges – is facing 13 charges relating to child pornography, enticing minors to have sex and, obstruction of his 2008 trial.

Two other minor victims are also expected to testify in the Chicago trial, which is expected to last about a month.