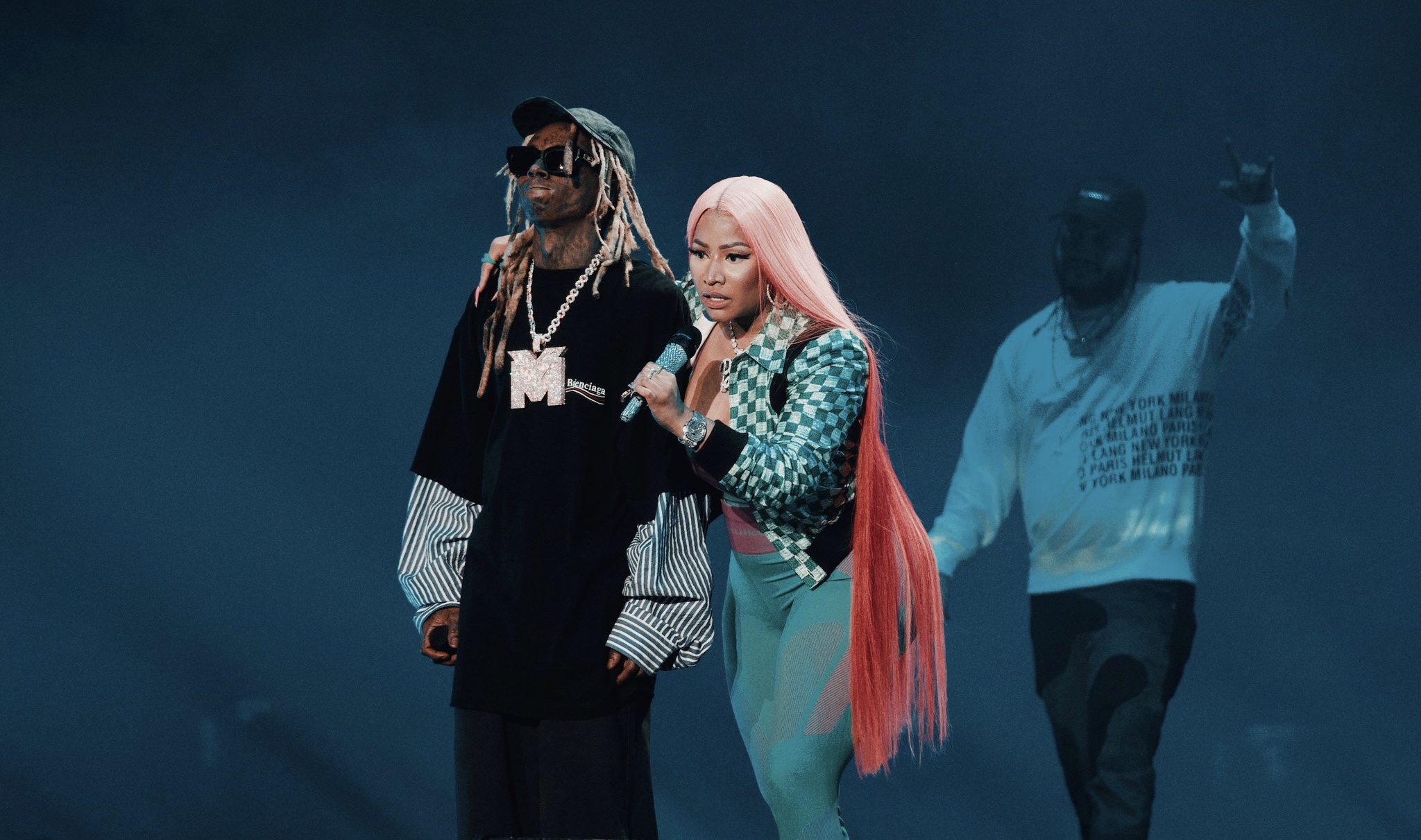 Drake reunited with Lil Wayne and Nicki Minaj at the Budweiser Stage in Toronto this past weekend (August 6). The Reunion show which was initially scheduled for August 1 as part of Drake’s October World Weekend, but was delayed after Drake tested positive for COVID-19 found the YMCMB trio sharing the stage for the first time in almost a decade.

From there, the show went on as planned with Drake performing some of his newer songs. The 35-year old also used the moment to address the criticisms surrounding his latest dance-heavy album “Honestly, Nevermind.”

“[The album] is one of the greatest things I ever did. I like to challenge myself, you know But I had a lot of people like hitting me up like, ‘You know, that shit’s too fast, I don’t know… you makin’ like Zara music,” he explained. “And I said, ‘Would you like me to slow it down? Do you want the old Drake? That’s all you gotta say,” as he started to sing a piano rendition of “A Keeper.”

Drake also shared the stage with Lil Wayne and Nicki Minaj to perform some of their biggest collaborations, including “Every Girl,” “The Motto,” “Moment 4 Life,” “Up All Night, “HYFR” and “Bedrock.”

During their time on stage, Drake once again took a moment to talk to the home crowd. After showing appreciation for his city, he proclaimed Wayne and Nicki the best to ever do it.

He went on to call Nicki the originator, saying “Are these bitches serious? Nobody can fuck with Nicki. It gets on my nerves. It’s like, the originator. It starts here, ends here — all that shit.”

He also praised Lil Wayne’s selflessness, while reflecting on his life-changing deal with Young Money in 2009.

“I came on your tour bus … and you gave me $30,000 that I was able to bring home to my mother, and that changed the next, like, six months for us. That’s the most important amount of money I’ve ever made in my life. You’re the most important man to each and every one of us.”

To close the star-studded show, Lil Wayne interrupted Drake’s farewell speech to announce that his album “Tha Carter VI” is “coming soon.” A pre-save link for the album is available here.