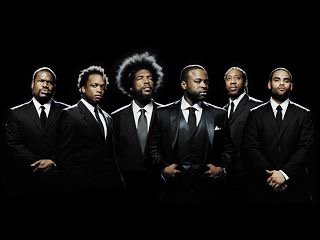 AFROPUNK Nabs Burna Boy, The Roots And Isaiah Rashad For Afropunk 2022 In Brooklyn

AFROPUNK Festival Returns to Brooklyn For The First Time Since 2019, The Roots and Burna Boy to Headline

Afropunk Festival is returning to Brooklyn for its first festival in the city since 2019, recruiting headliners The Roots and Burna Boy.

The legendary Roots crew headlines the first night, celebrating their 30th anniversary as a band with a set that draws from their decade-spanning catalog. Closing out the festival on the second night is Burna Boy, performing songs from his upcoming album Love, Damini during his first headlining set at a U.S. festival and his first show in New York City since he sold out Madison Square Garden in April.

Beyond the headliners brings a group of game-changing names looking to make a statement at AFROPUNK. TDE rhymer Isaiah Rashad graces the stage for his first-ever AFROPUNK performance, ready to embrace an inclusive and accepting new community as he continues the latest chapter in his life and career. Notable big names on the lineup include Lucky Daye, Freddie Gibbs, Tierra Whack, and Earl Sweatshirt, who performed at his first AFROPUNK since reuniting with Tyler, The Creator and Syd at AFROPUNK 2016.

AFROPUNK is a festival for the community, so it’s only natural that the festival welcomes artists from the Brooklyn community to the stage. Slated to perform are Rodney Chrome, a rising Brooklyn rapper, Alex Mali, the self-proclaimed “alt-R&B queen,” and Talia Goddess, an exciting hip-hop artist from the borough.

Citi Cardmember-exclusive presale tickets are available now. Fans who sign up to the AFROPUNK Community by texting “AFROPUNK” to (718) 550-6268 will have exclusive access to presale pricing ($135 + fees) before the price increases for the general on-sale tickets ($160 + fees). The AFROPUNK Community presale starts on Thursday, June 16th, at 10 AM ET, and general on-sale tickets are available on Friday, June 17th, at 10 AM ET.