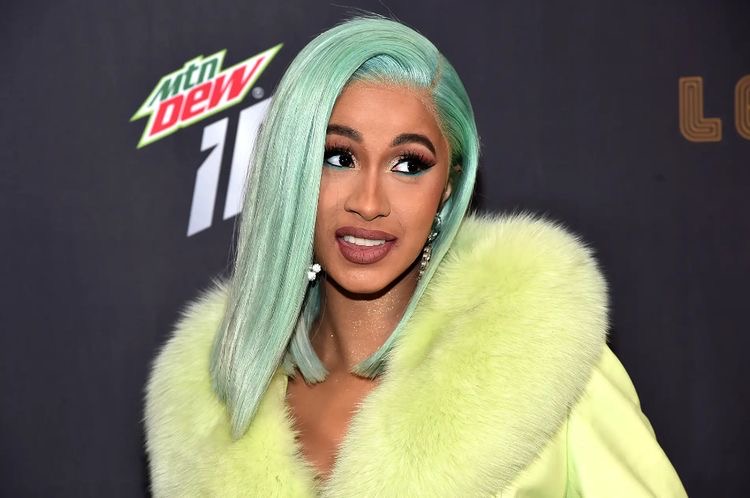 Cardi B is blasting “social media investigators” who reactionary blamed PnB Rock’s unfortunate death on his girlfriend. The “Up” rapper took to Twitter on Wednesday (September 28) to demand an apology for Stephanie Sibounheuang after it was revealed that her social media post wasn’t responsible for his demise.

“Told y’all……Yall must not know how the hood moves,” Cardi wrote. “Y’all owe that girl a apology for the shit y’all put her through knowing that she saw her baby dad die in her face….Social media investigators YALL SUCK!!!!”

Rock’s girlfriend, Stephanie Sibounheuang — who is also the mother of his two daughters (Milan and Xuri) was rashly faulted for his death when it became known sha had shared a location-tagged photo on Instagram prior to him getting killed at a Chicken and Waffles restaurant in Los Angeles on a Monday afternoon (September 12). At the time, many, including Nicki Minaj and Kodak Black believed it was her social media post that alerted the assailants, but new reports say the shooter was already in the restaurant’s parking lot when PnB arrived.

“After Pop Smoke there’s no way we as rappers or our loved ones are still posting locations to our whereabouts. To show waffles & some fried chicken????!” Nicki Minaj wrote on her Instagram. “He was such a pleasure to work with. Condolences to his mom & family. This makes me feel so sick. Jesus. #SIP #PnbRock.”

Kodak Black also reacted to news of Rock’s untimely demise by blaming Rock’s GF for sharing their location online. “That hoe might as well kill herself,” he said in a post shared on his Instagram Story.

Several social media users and personalities including Cardi B, DJ Drama and J. Prince defended Sibounheuang amid the public condemnation of her actions, and were more supportive with their comments.

“I highly doubt nikkas was looking at PMB’s babymom IG,” said Cardi B at the time. “He was in a bad location and people stay outside plotting. It’s very irresponsible and inconsiderate to blame her for something so tragic. We should be sending nothing but love to her and his family at this time.”

Rap-A-Lot founder J. Prince also referred to people blaming her for his death as “dumb mothaf-ckas.”

“RIP to @pnbrock and my condolences to his family, friends and fans,” he began the lengthy Instagram caption. “To all of you dumb mothafuckas blaming his girlfriend for his death, you’re wrong as 2 left shoes. Here’s a woman that’s been traumatized by seeing her boyfriend killed in front of her and you dumb fucks are adding insult to injury with dumb shit that you dont know to be facts.”

TMZ announced on Wednesday (September 28) that a 17-year old male had been arrested for shooting the 30-year old. A woman, Shauntel Trone, reported to be the teen’s stepmom has also been arrested. A third suspect Freddie Lee Trone, who is reportedly the teen suspect’s father, is also wanted in connection with the murder.