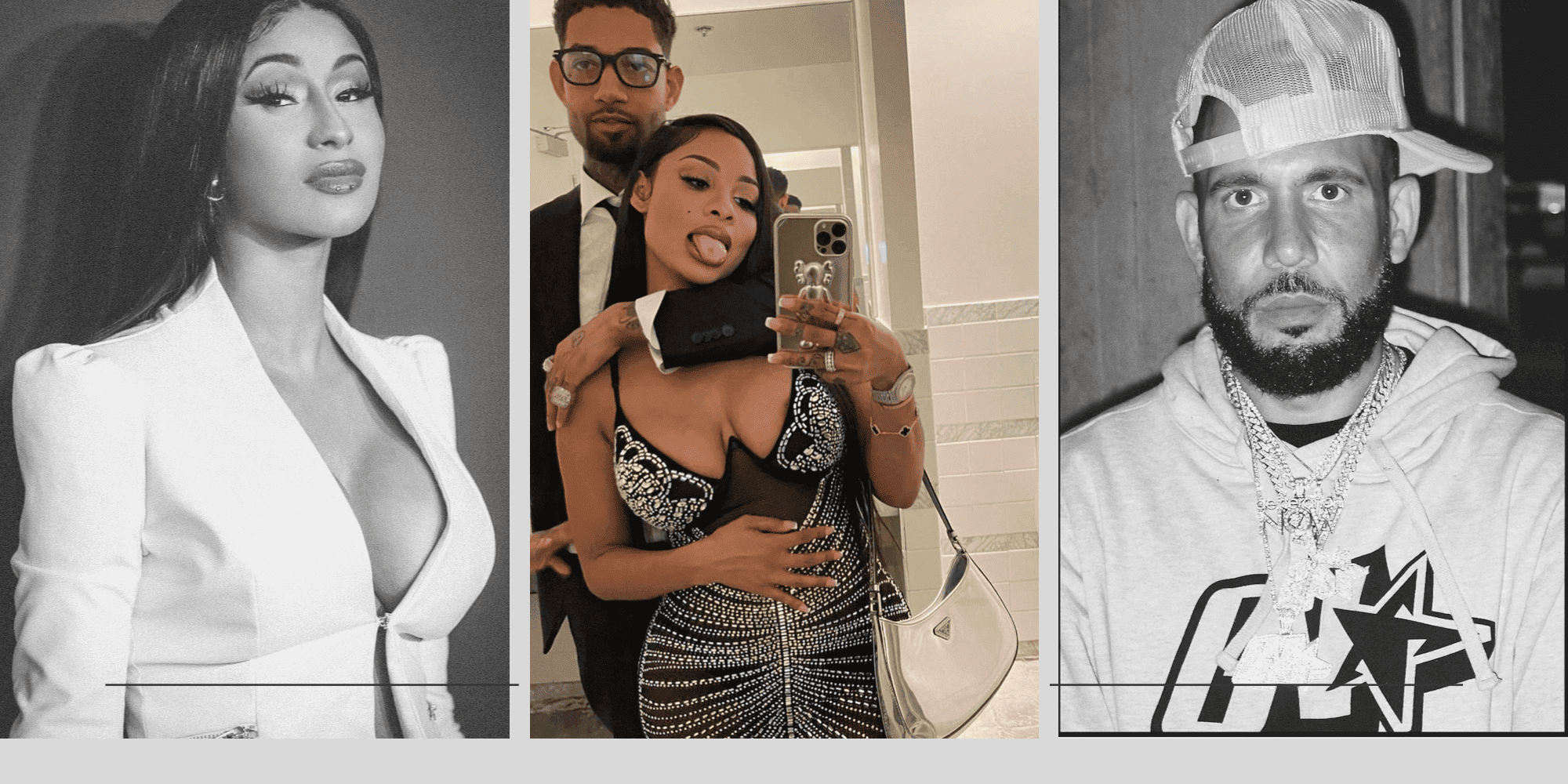 Philly rapper PnB Rock was shot and killed on Monday afternoon (September 12) at Roscoe’s Chicken ‘N Waffles where he was dinning with his girlfriend Stephanie Sibounheuang.

According to official police reports, the couple were having lunch at the South Los Angeles restaurant when a masked man approached Rock and demanded he forked over his expensive jewelry, which he flaunted on Instagram prior to visiting the restaurant. No confirmation on if a tussle happened afterwards, but Rock was reported to have been shot multiple times by the robber, who then fled the scene with his jewelry. The ‘Selfish’ rapper was rushed to the hospital but unfortunately did not make it.

Since news of the incident went viral, Stephanie Sibounheuang — who is also the mother of Rock’s two daughters (Milan and Xuri) have been receiving the brunt of the blame on Social Media for sharing a location-tagged photo on Instagram. Many, including Nicki Minaj and Kodak Black are of the opinion that it was her negligence that led to his death.

“After Pop Smoke there’s no way we as rappers or our loved ones are still posting locations to our whereabouts. To show waffles & some fried chicken????!” Nicki penned on Twitter. “He was such a pleasure to work with. Condolences to his mom & family. This makes me feel so sick. Jesus. #SIP #PnbRock”

Kodak Black also reacted to news of Rock’s untimely demise by blaming Rock’s GF for sharing their location online. “That hoe might as well kill herself,” he said in a post shared on his Instagram Story.

Despite the public condemnation, there are others that believe the only person responsible for Rock’s death is the killer. Invasion Of Privacy rapper, Cardi B defended Sibounheuang with a post on Twitter, saying: “I highly doubt nikkas was looking at PMB’s babymom IG. He was in a bad location and people stay outside plotting. It’s very irresponsible and inconsiderate to blame her for something so tragic. We should be sending nothing but love to her and his family at this time.”

During a conversation with TMZ, DJ Drama blamed the streets for Rock’s death, while also sending condolences to his girlfriend.

“I don’t feel like this is a time where we need to be pointing fingers at her and making her feel any worse than she already feels,” he said. “I think instead of us, as a people right now, trying to point fingers, we need to embrace and hug that young woman.”

“The bigger issue at hand is the economy, the environment, the ways in which our generation and our youth don’t have a lot of places to turn,” Drama continued. “We’ve seen time and time again, even after COVID-19, like, it’s just…the streets don’t love anybody, you know what I mean?”

The Gangsta Grillz creator also warned rappers to be cautious of their surroundings whenever they’re in cities that are deemed unsafe. “And I’m not one who lives in fear, or moves in fear, but regardless, especially when you’re in cities like LA, like Atlanta, like Philly, like Chicago, you have to have a certain way that you move,” he said.

“RIP to @pnbrock and my condolences to his family, friends and fans,” he began the lengthy Instagram caption. “To all of you dumb mothafuckas blaming his girlfriend for his death, you’re wrong as 2 left shoes. Here’s a woman that’s been traumatized by seeing her boyfriend killed in front of her and you dumb fucks are adding insult to injury with dumb shit that you dont know to be facts.”

“As a man and leader you have to teach your girl what and what not to do- if you know,” he added.

He then went on to highlight the risks rappers face while wearing jewelry without proper security.

“I believe the root of the problem is wearing jewelry without proper security. Until rappers and others come to the realization that if you put cheese in front of a rat without the trap, they will eat & run everytime.”

He continued “To make myself clear if you’re wearing jewelry without proper security: Understand you’re making yourself a target because some clowns will kill you for jewelry.”

Meanwhile, TMZ reports LAPD investigators are working round the clock to find the killer, and have alerted Pawn shops to keep an eye out for the jewelry stolen off the rapper’s neck.