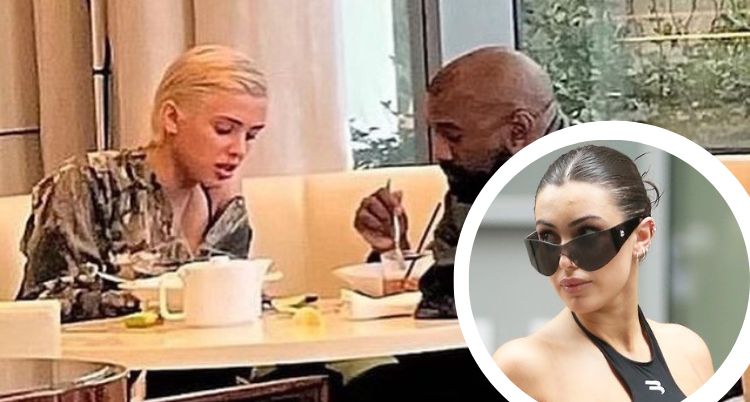 There’s much confusion among Kanye West’s fans over the current status of his relationship. The 45-year-old disgraced rapper had remained uncharacteristically quiet since his appearance on Alex Jones’ “InfoWars” late last year, but was recently seen with a mystery “blonde woman” inside the Waldorf Astoria Beverly Hills in Los Angeles, California on Monday.

Upon inspection it became clear that the alleged mystery woman was the former architectural designer at his Yeezy company, Bianca Censori. Sources say the two have been spending a lot of time together at the luxury hotel, and were even sighted holding hands while walking into the 5-star resort.

While this is not the first time Kanye, now legally known as Ye, would be spotted around town with a woman since his divorce from Kim Kardashian. His fans are convinced this situation is different from his one-month fling with Julia Fox because the rapper was wearing a wedding ring when he and Bianca arrived at the Waldorf Astoria hotel on Sunday.

This comes barely a month after the US presidential aspirant released a new song, titled “Censori Overload,” which fans perceive to be a tribute to his new woman. The lyrics don’t directly reference Bianca, but there may be some clues hinting as to why he wanted a quick wedding ceremony.

TMZ cited the line, “And The Bible said, ‘I can’t have any more sex til marriage’” as relevant to the situation. Earlier this month, the outlet reported that the new couple were spotted sharing a meal and chatting at the Waldorf.

“We hadn’t really seen them together prior to that meeting, but she’s also hit some Kanye-adjacent events, including a Balenciaga show in May,” the report stated.

According to TMZ, Kanye West and Bianca Censori tied the knot in a private ceremony. However, the union may not be legal as they have reportedly not filed a marriage certificate. The ring in his finger is said to symbolize his commitment to her following the secret ceremony.

Ye’s alleged marriage to the Australian comes two months after he finalized his divorce from Kim Kardashian.

Kim recently claimed she has been protecting their four children, namely North, 9, Saint, 7, Chicago, 4, and Psalm, 3 from everything her ex-husband has going on publicly, which is certain to include stories of the his nuptials.

“If they don’t know the things that are being said or what’s happening in the world, why would I ever bring that energy to them? That’s really heavy grown-up s–t that they’re not ready to deal with,” she told Angie Martinez in a December 2022 interview.

“In my home, my kids don’t know anything that goes on in the outside world. … I’m holding on by a thread. I know I’m so close to that not happening. While that’s still happening, I will protect that to the ends of the Earth as long as I can,” the reality star continued, adding that co-parenting with Ye is “really f—king hard.”