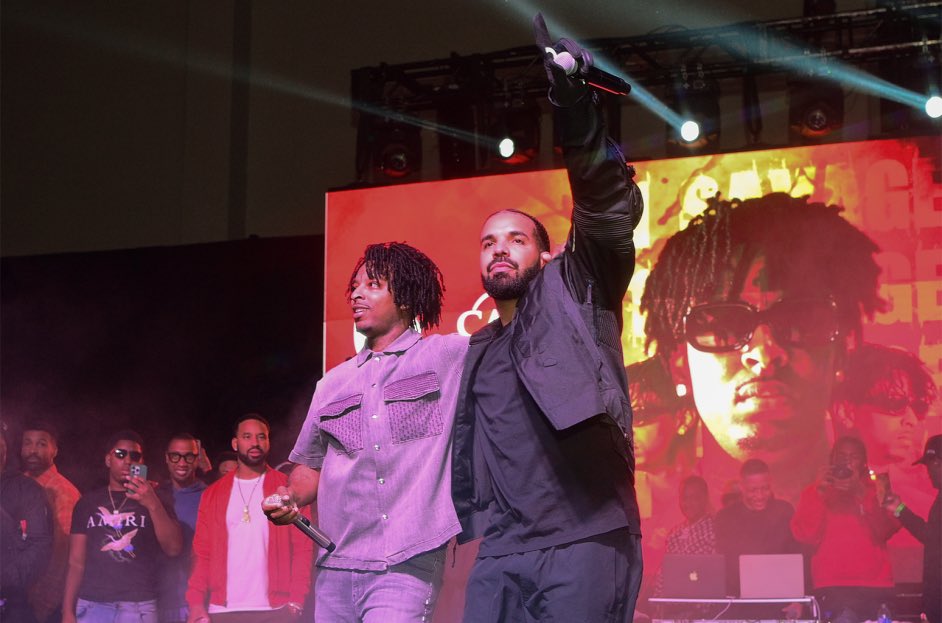 Drake and 21 Savage’s Her Loss continues to do numbers. The album was initially projected to sell around 335-350K in its first week of release, but the projections have now increased.

HITS Daily Double reports the album is now expected to open at 400,000, making it the largest first-week numbers for a Hip Hop album in 2022, and the third overall behind the 521,000 units for Harry Styles’s Harry’s House, and 1.5 million opening units for Taylor Swift’s Midnights.

Immediately after release, Her Loss became the talk of the Twitter streets after fans discovered Drake was taking shots at a host of people including Kanye West, Ice Spice, DRAM and the husband of Serena Williams. Perhaps the most jarring were his lyrics on “Circo Loco” in which he accused Houston rapper Megan Thee Stallion of lying about Tory Lanez shooting her.

“This bitch lie ‘bout getting shots but she still a stallion.”

Though Lil Yachty, who is credited as a writer on “Circo Loco,” claimed the lyrics weren’t about Megan, but BBLs, Drake received wide condemnation for seemingly dismissing the Hot Girl’s trauma.

BET News host Marc Lamont Hill wrote on Twitter, “If Drake had accused some male rapper of being a liar instead of a woman, the people who defend him would be outraged right now. But, he would never do that.”

Seemingly in agreement, Roc Nation founder Jay-Z liked the tweet and unliked it shortly after.

21 Savage and Drake have also been sued for promoting the album with a fake Vogue cover. According to reports, a Vogue publisher Condé Nast is suing the rappers for deceiving the public by sharing the false cover on social media.

Condé Nast claims that neither the publication nor it’s Editor-and-Chief Anna Wintour “have not endorsed” the album “in any way,” and asked both rappers and their teams to remove all promos using the Vogue name.

Condé Nast is asking a judge to cease the duo’s use of the Vogue name immediately and is asking for $4 million in damages.

ImDontai Bio – Who Is He? Wife, Child And Age Details Of The YouTuber