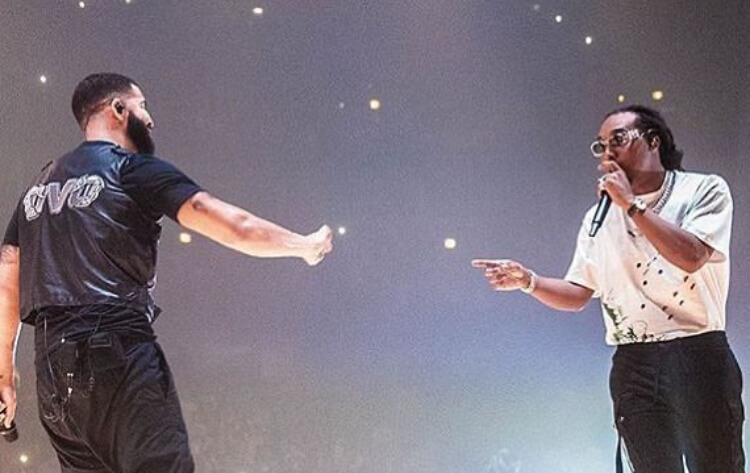 Drake has joined several of his colleagues in the entertainment industry to mourn the death of Takeoff. In a tribute message posted to his Instagram page, the Toronto rapper reflected on their time on tour together.

“I got the best memories of all of us seeing the world together and bringing light to every city we touch,” he said. “That’s what I’ll focus on for now rest easy space man.”

He later took to his Instagram stories to share a picture of himself, Quavo, Offset and Takeoff dressed in retro outfits with the caption “we were supposed to be all looking like this in our 60’s for real [sad emojis].” 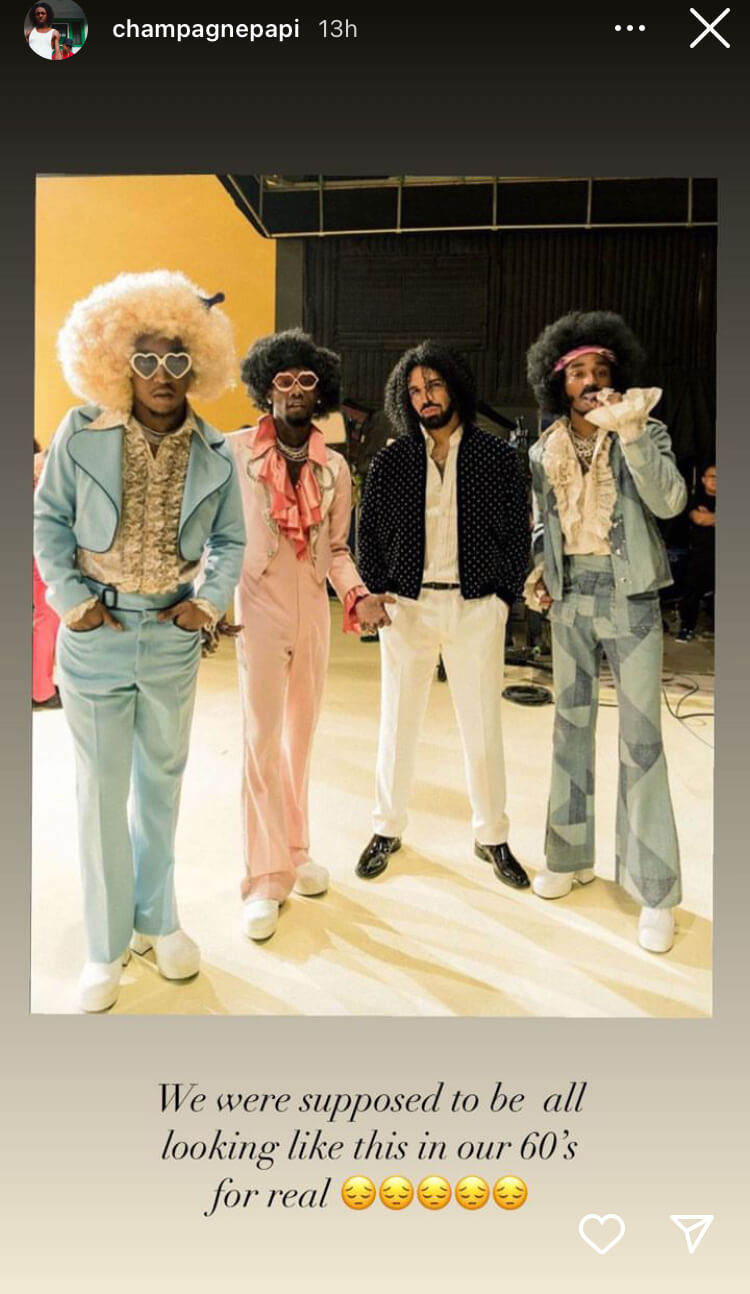 In the wake of the tragedy, Takeoff’s label Quality Control Music asked for privacy for the rapper’s family and close friends, while also confirming Takeoff was killed by a stray bullet.

“It is with broken hearts and deep sadness that we mourn the loss of our beloved brother, Kirsnick Khari Ball, known to the world as Takeoff,” QC wrote in a statement. “Senseless violence and a stray bullet has taken another life from this world and we are devastated. Please respect his family and friends as we all continue to process this monumental loss. Kirsnick Khari Ball June 18, 1994 – November 1, 2022.”

Quality Control Music CEO, Pee was also heartbroken by the news. “Young King @yrntakeoff I don’t know where to begin but I want to say that anybody that knows me knows how much I love you and anybody that knows you knows that you definitely didn’t deserve to die at such a young age,” he wrote on Instagram.

Still reeling from the tragedy, he called for an end to the violence.

“We only get 1 life and once it’s gone it’s over, no coming back. So with that being said I want our community to remember that we don’t have to continue to result to violence every time there is a disagreement. It’s ok to love your brother and sister. We all have been guilty of self hate but I pray this never ending cycle will some day change us all.”

“We have so many memories to keep your name alive. As we mourn your lost I pray that everyone please be understanding to what the family has to see on the internet with the videos and negative comments. This is somebody’s child. Let them get thru this process with peace and love. You came from the stars so I know you will forever be up there watching down on all of us. I will forever love you,” he concluded.

As we previously reported, Takeoff was fatally shot in the early hours of November 1 at a bowling alley in Houston. Earlier versions of our report suggests he was partaking in a game of dice alongside his uncle Quavo, but new video evidence obtained by TMZ reveal Quavo was involved in an argument with someone at the venue while Takeoff was a few feet behind him. A fight broke out, and a flurry of shots are fired through the crowd.

Takeoff was accidentally struck in the head during the crossfire and was pronounced dead on the scene despite Quavo’s best efforts to resuscitate him. The Houston Police Department are asking witnesses at the venue to come forward with vital information that can help them understand what happened.