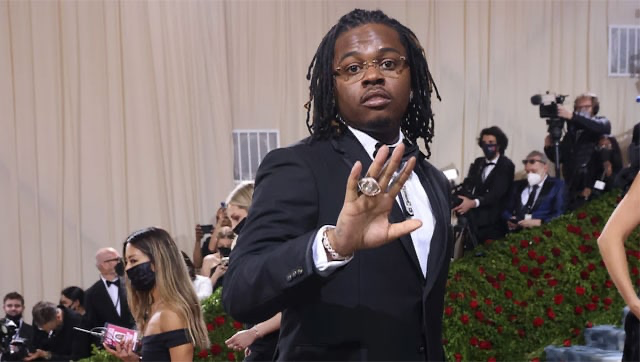 Gunna’s lawyer Steve Sadow took to social media on Thursday (Dec. 15) to respond to unfounded allegations that his client snitched on Young Thug and other YSL members to regain his freedom. In a social media post captioned “TRUTH!!!,” Sadow clarifies that Gunna’s testimony isn’t admissible and “cannot be used in court against any other defendant. “

“Gunna did not snitch to get out of jail. He has said nothing and is not cooperating. His plea statement cannot be used in court against any other defendant. So please stop spreading lies!!!” Sadow wrote on his Instagram account.

As previously reported by Rap Aesthetics, Gunna was released from Fulton county jail on Wednesday (Dec. 14) after pleading guilty to a racketeering conspiracy charge in the YSL RICO case. The Atlanta rapper, who had been in prison since mid-May was sentenced to five years, with one year commuted for the time he’s already served. The remaining four years on his sentence has been suspended and he will have to do 500 hours of community service.

Since his release, Gunna has faced a plague of snitching allegations from social media users and industry critics such as Wack 100 and Boosie Badazz, with the latter calling him a “rat” for betraying Young Thug.

“This would have put tears in my eyes, my brother, my artist like WTF I’m fighting for my life that I’m not running a gang /criminal enterprise N you do this to BigDog unknow it’s a gang,” Boosie wrote on Twitter. “The guns and drugs not yours… Well who else was nthe car they can be for smh.”

He continued, “he had one charge he wasn’t going to get hard time. These lawyers don’t give a damn about your legacy. They know what they doing to your name but they getting you out of jail so they name blows up then you gotta pay them more when you free n they made you cooperate. It’s a cold game,” he concluded.

Freebie Gibbs has also seemingly been having a field day with Gunna’s snitching allegations. “It was n-ggaz hat took they verse off my album because wunna ain’t like me. I wonder how they feel now,” he wrote on Twitter in one of his many jubilant tweets on Gunna’s predicament.

“I prayed for this day,” he continued. And y’all n-ggas said I was hatin… rap full of snitches so y’all gon welcome this n-gga home with open arms.”

In a statement Gunna maintained he did not snitch, writing, “While I have agreed to always be truthful, I want to make it perfectly clear that I have NOT made any statements, have NOT been interviewed, have NOT cooperated, have NOT agreed to testify or be a witness for or against any party in the case and have absolutely NO intention of being involved in the trial process in any way.

He added, “I love and cherish my association with YSL music, and always will. I look at this as an opportunity to give back to my community and educate young men and women that ‘gangs’ and violence only lead to destruction.”