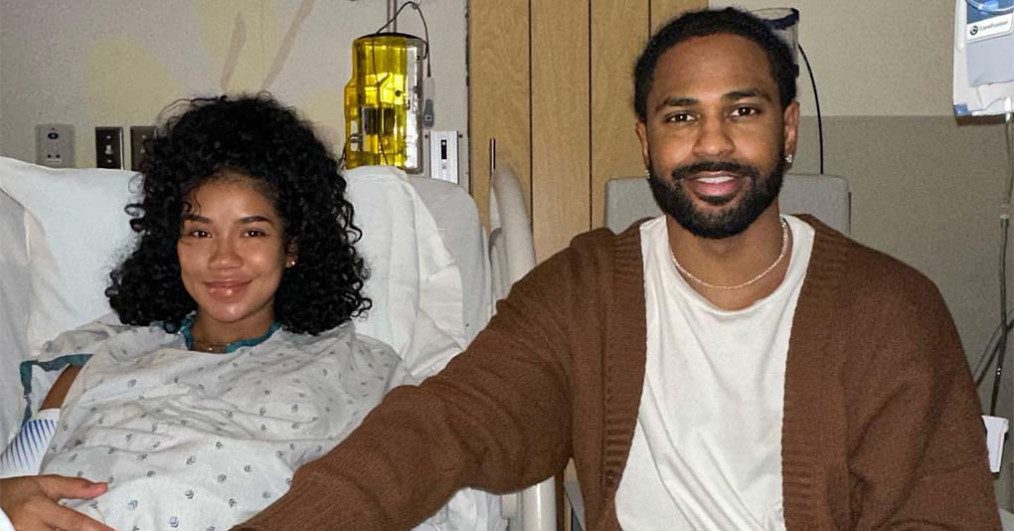 Talks of Jhené Aiko being pregnant with Big Sean’s baby became a huge topic on social media after a Twitter user claimed the “Chilombo” artist was looking heavily pregnant when she saw her and Big Sean at a grocery store earlier this week.

The rumors were later amplified by rap house tv’s congratulatory message to the Twenty88 couple.

“Congratulations to Jhené Aiko and Big Sean,” the tweet read. “She is now pregnant with their first child together!”

The tweet gained a lot of attention and went viral with thousands of Twitter users sharing their hot takes about the unfounded rumors.

One Twitter user wrote: “I’m kinda upset that a fan announced Jhené pregnancy before her or Big Sean did.”

Others were rightfully skeptical about the news.

“Ima just wait until Jhené announces that she’s pregnant cause…Zendaya was just “Pregnant” too, according to the Internet.”

So, Is Jhene Aiko Pregnant?

UPDATE No. 2: Big Sean and Jhené Aiko welcomed their first child together on Tuesday (November 8) in Los Angeles. “After 24 hours of labor,” Aiko gave birth to her second child and Big Sean’s first child, a baby boy named Noah Hasani.

“After 24 hours of labor, a total lunar eclipse, and while it was pouring rain…he came,” she wrote with the emotional face emoji. “my baby Yoda, my Sani,” she added on her Instagram.

The baby was named after The “Chilombo” artist’s late brother, Miyagi Hasani.

Big Sean also shared his own photos from the hospital, including one of his son grasping his index finger. “After 24 hours of Labor, A Lunar Eclipse, with rain from the beginning of labor til he was born, he’s here safe and sound,” wrote the new dad. “Happy, Healthy and everything we could ever ask for and more. Any and everything for you Son.”

Among those who congratulated the couple was producer Hitboy, rapper T.I, singer John Legend, Ella Mai, 2 Chainz, DJ Khaled, and many others.

UPDATE 1: Big Sean and Jhene Aiko have confirmed they’re expecting their first child together. The couple was spotted leaving a Beverly Hills Restaurant on Saturday (July 2). Aiko, 34, was spotted wearing a tight grey maxi dress that revealed her growing baby bump for the first time.

A rep for the TWENTY88 couple tells TMZ “They are overjoyed and look forward to this next chapter.”

At this time, no one actually knows if she’s truly pregnant or not, but according to multiple reports, sources close to the couple have confirmed Jhené is indeed pregnant.

While the couple is yet to speak on the pregnancy rumors, social media sleuths are convinced her recent baggy outfits are signs she’s trying to conceal her baby bump.

Fans should also note that this is not the first time rumors of the 34-year-old expecting a child have flooded the Internet. A similar claim was made back in 2019 after a Twitter user alleged Aiko was pregnant after watching one of her live segments.

“Yooo, I was on @JheneAiko live and I think she’s pregnant,” Hoochie DaddyA said. It was later confirmed that the social media post was meant to be taken as a joke.

Sean, 34, and Aiko, also 34, started dating officially in 2016 and have mostly kept their relationship private. If the rumors turn out to be true, then this would be Aiko’s second child as she is the mother of Namiko Love Browner, 13, while this would be Big Sean‘s first child.