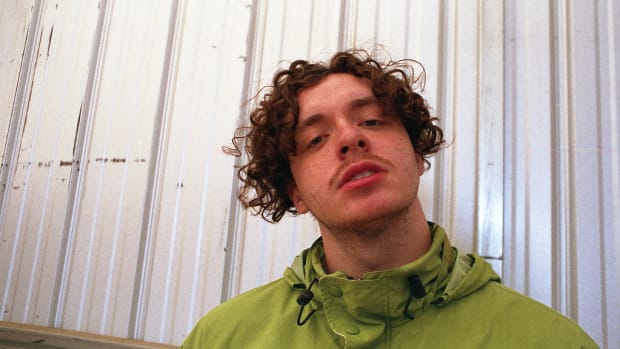 Jack Harlow shares his thoughts on the slander Eminem receives from the new generation: “ I love Eminem, and I don’t like the new slander.”

Eminem has obtained a series of statistical achievements with his music and is undeniably one of the most gifted rappers of all time.

Despite his record-breaking accolades, the Detroit legend continues to get a lot of negative comments from online trolls, and music journalists. Fans, or should I say critics believe neither Eminem nor his music has aged gracefully. Back in 2018 Joe Budden called him out for the lack of substance in his music.

“In my rapper brain, I’m a content n-gga. You gotta say something! You have not said anything for the better part of a whole fucking decade! You have rhymed a bunch of words,” Budden said on his podcast at the time.

A year earlier he described Eminem’s song ‘Untouchable’ as “trash”, adding it was “one of the worst songs [he’d] ever heard.”

Others – including The Game – have attributed Eminem’s success to his whiteness.

“All this talk I see on the net saying Eminem is better than me because he sold more records is like saying McDonald’s is better than Tam’s burgers, it’s FALSE !!! They just put more money in McDonald’s & promoted the shit out the happy meal dangling toys in kids faces,” Game said in a 2022 Twitter rant.

“Translation for those of you who don’t know how major record companies do business: it’s a machine designed to work for the artists who PLAY NICE in massa’s house. I was TOO REAL, TOO UNAPOLOGETICALLY BLACK & cut the puppet strings early on in my career n decided to rebel,” he added.

His 2020 surprise album, Music to be Murdered By, got a dismal 5.5 rating from Pitchfork and three out of five stars from Rolling Stones. That’s pretty low for an artist of his caliber.

Eminem is very much aware of the unfair social media hate he receives. On “Walk On Water” featuring Beyoncé he detailed the struggles he has endured during the latter stages of his career.

“There was a time I had the world by the balls, eatin’ out my palm/Every album song I was spazzin’ the fuck out on,” he raps. “And now I’m gettin’ clowned and frowned on
But the only one who’s looking down on
Me that matters now’s DeShaun
Am I lucky to be around this long?
Begs the question though.”

During a 2017 interview with Complex, Eminem revealed the negative comments had heightened his insecurities and admitted some of his albums are subpar.

“I don’t know, that song was more about just self-doubt, insecurities, that kind of shit. I’ve never really seen myself as, how can I say…The way I’ve seen some fans act towards me. Even to this day, I’ve been in this game a long time and it’s still weird to me because I just rap and I certainly haven’t had a perfect career. I’ve put out some not-so-great albums and I realize that.”

Being a rap god comes with a lot of unnecessary hate, but Jack Harlow is not here for the new generation’s disrespect towards the Detroit legend. The Louisville native explained to Pitchfork in a recent interview how slander has made the shady rapper underrated.

“These days [he’s] underrated,” Harlow told Pitchfork. “Eminem catching a lot of slander from the new generation. I think they don’t have the context of what he was, truly an icon. When I was nine through 13, that’s really who I wanted to be.”

He continued, “I used to watch 8 Mile, and I would watch the scene of them in the warehouse and just get off. Like that movie and the freestyles at the end, I knew the lyrics to all of them. I love Eminem, and I don’t like the new slander. I don’t like that it’s the new wave to slander him.”

Jack Harlow collaborated with his fellow white-rapper on the 2021 remix to Eminem’s “Killer,” which also featured North Carolina rapper Cordae. He revealed how honored he was to work with his idol, though the pair had yet to meet.

“We didn’t get to meet, but we had a phone call that meant the world to me,” he told Billboard. “I haven’t shared it with the world yet, but I can’t wait until the world hears it. He gave me a lot of props that any artist would love to get.”

Harlow continued: “Sometimes, the best gem is just somebody you admire, letting you know who you think you are. He let me know, ‘You’re that. You’re dope.’ I’ve waited a decade to hear that. So it was special.”

Eminem – depending on who you ask – can be both overrated and underrated.

How did Jack Harlow get famous?

He got attention from DJ Drama for his extraordinary musical talent. Finally, in August 2018, he signed a contract with DJ Drama and his record label, Generation Now.

According to celebritynetworth.com Jack Harlow is worth $5 million.

Jackman Thomas Harlow was born on March 13, 1998, in Louisville, Kentucky. He is the son of Maggie Harlow (née Payette), a businesswoman, and Brian Harlow, and was raised on a horse farm. He has one younger brother, Clayborn “Clay” Harlow (born 2000). He is of French and Irish descent.

Jack Harlow recorded a song named after the Miami star after Herro gave him the Jersey won during Miami Heat’s 98-88 victory over the New York Knicks.