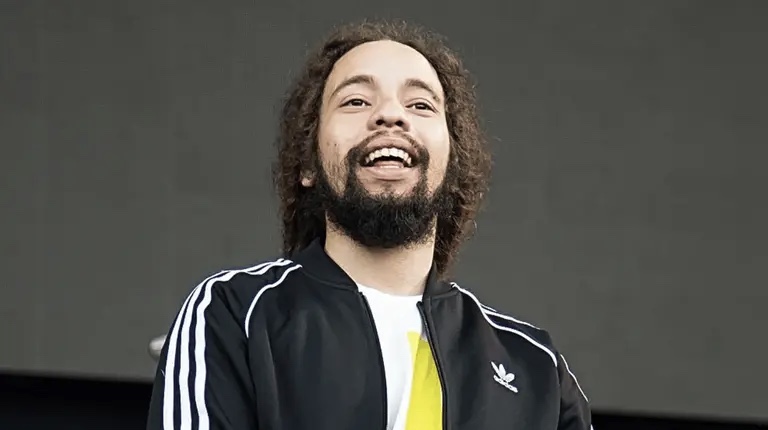 Bob Marley’s grandson, Joseph ‘Jo’ Mersa Marley, has died at the age of 31. TMZ reports the reggae artist passed away on Tuesday (December 27) to asthma-related conditions.

Joseph Mersa Marley Cause Of Death

According to Radaronline Joseph Marley was discovered unresponsive in his vehicle on Tuesday, December 27. Although the specifics surrounding his death are unclear, TMZ reports Mersa passed away due to asthma-related conditions.

The Jamaican/reggae community confirmed the news of his death with tribute messages on Social media.

“So saddened by the news of the passing of this youngking @josephmarley sending prayers and condolences to the Marley family,” wrote Shaggy on Instagram.

Jesse Royal, who was a close friend of Jo Mersa, wrote, “My heart is truly aching… Jo was such a solid loyal and direct individual. An incredible and dedicated father, A friend u could always count on and a Lion who a govern him Jungle. Jo Always ago tell you how him feel despite feelings. The memories are too numerous to mention, the laughs were too real to forget but at the moment the pain is inconsolable. I’ve seen you grow thru so many changes and stages and only kept getting better and better Broo! I pray that the world gets a chance to hear every piece of art u have ever created!! Even the demos because they are that good! Broooo mi still can’t even believe this is real. Sincerest condolences to the family Jah Know Mers #HurtingInside.”

Bounty Killer added on IG, “Jah know star let’s all just cherish each moment from here on since non of us never know the time. My deepest sincere condolences goes out to #StephenRagga and the whole Marley family.”

Joseph Mersa Marley, known in the music world as Jo Mersa attended Saint Peter and Paul Preparatory School during his early years in Jamaica, before relocating to Florida where he attended Palmetto High School. He would ultimately graduate from Miami Dade College with a degree in audio engineering.

Though his foray into music began in 2010, Jo would have to wait four years before dropping his debut EP “Comfortable.” The 6-track project included tracks like “Rock and Swing” and “Bogus,” and featured fellow reggae artists Jemere Morgan and Wayne Marshall. He also released the hit single, “Burn It Down,” in 2016. His second album, ‘Eternal’ arrived last year with appearances from Melii, Black-Am-i, Busy Signal, and Kabaka Pyramid.

Prior to the tragic incident, Joseph Marley was on tour with Kabaka Pyramid for his ‘The Kalling’ U.S tour.

Condolences to his family.