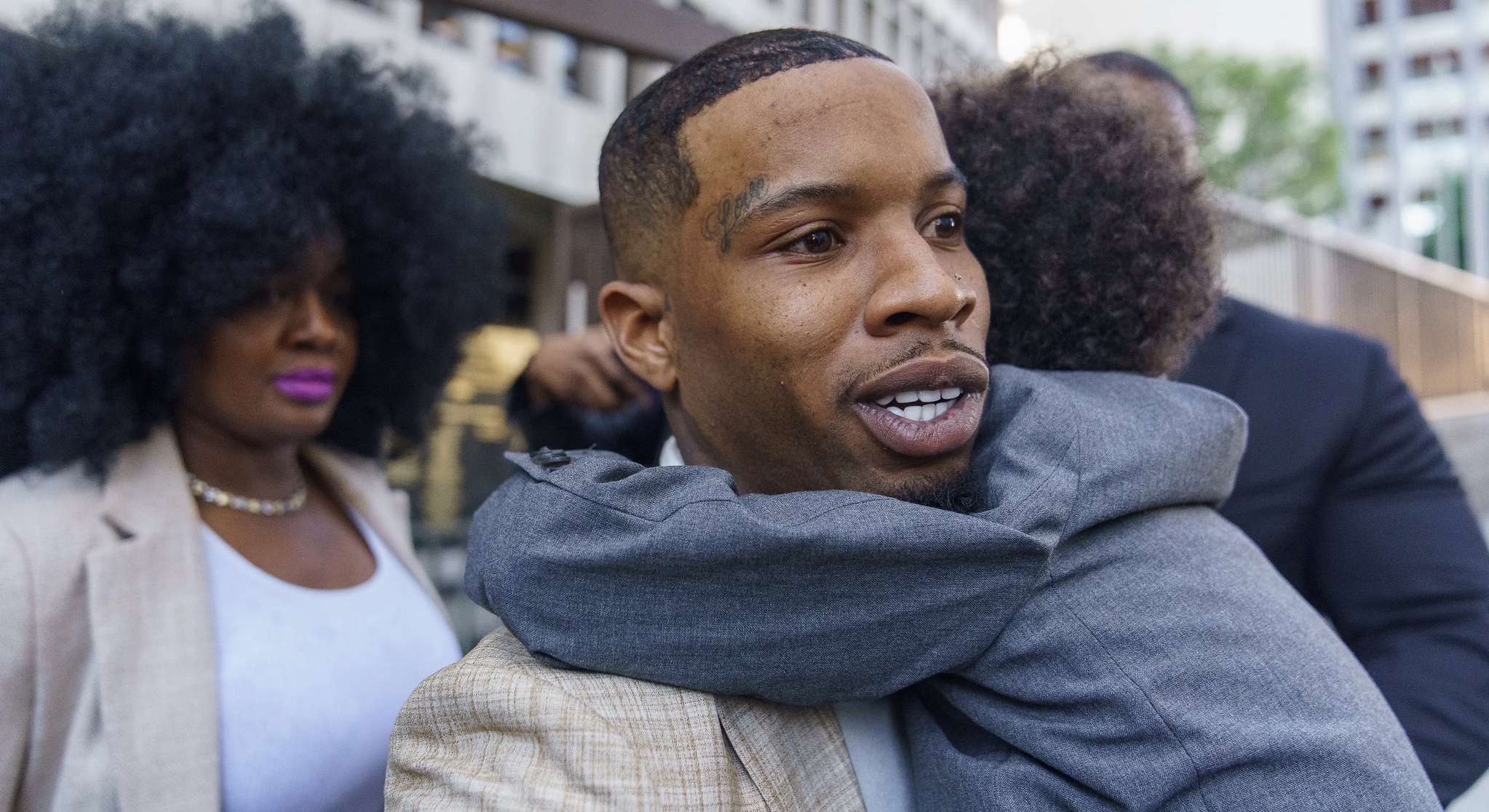 A Los Angeles Jury has convicted Tory Lanez of all three charges for the 2020 shooting of Megan Thee Stallion.

The three counts were felony assault with a semiautomatic firearm, possession of a concealed, unregistered firearm and discharging a firearm with gross negligence. Lanez, who opted not to testify pleaded not guilty to all three.

According to Lawandcrime’s senior reporter Meghann Cuniff, who has been covering the trial, Tory Lanez, who was wearing a powder pink pants, white turtleneck and longish jacket was remanded on the spot, and led out of the courtroom in handcuffs by Sheriff’s deputies after the jury announced their verdict on Friday (December 23).

In reaction to the verdict, Lanez father stood up and screamed at the prosecutors yelling, “this is a wicked system!” per Cuniff. Lanez’s stepmother and father also blasted Jay-Z and Megan Thee Stallion’s management Roc Nation, with one woman calling Jay-Z a “b-tch.”

In a statement, Megan Thee Stallion’s attorney Alex Spiro believes the Jury made the right decision. “The jury got it right. I am thankful there is justice for Meg.”

As previously covered on Rap Aesthetics, Tory Lanez was originally arrested in 2020 for allegedly shooting Megan Thee Stallion on the foot as she exited an Escalade in the Hollywood Hills on July 12, 2020, after leaving a pool party at reality star Kylie Jenner‘s house. Lanez’s lawyer, George Mgdesyan denied the accusations in his opening statement in court, while alleging it was instead Megan’s best friend and assistant Kelsey Nicole Harris who fired five bullets at Megan out of jealousy.

Megan testified last week about the sexual shaming she’s endured and the suicidal thoughts she’s had over the course of the trial.

“I don’t understand why that matters…I’ve been turned into some kind of villain, and he a victim,” Megan said about the rumors of her sexual relationship with the Canadian rapper/singer. “This has messed up my whole life.”

“I wish he would have just shot and killed me if I knew I was going to have to go through this torture,” Megan added.

During closing arguments, Deputy D.A Alexander Bott spoke about the key pieces of evidence that point to Tory as the shooter, including text messages Kelsey sent to Megan’s bodyguard shortly after the shooting that read, “Help” “Tory shot meg” “911.”

Tory Lanez faces up to 22 years and eight months in prison at sentencing. He could also be deported.

“We are shocked by the verdict. There was not sufficient evidence to convict Mr. Peterson. We believe this case was not proven beyond a reasonable doubt. We will be exploring all options including an appeal,” Lanez’s defense lawyer George Mgdesyan said in a statement.