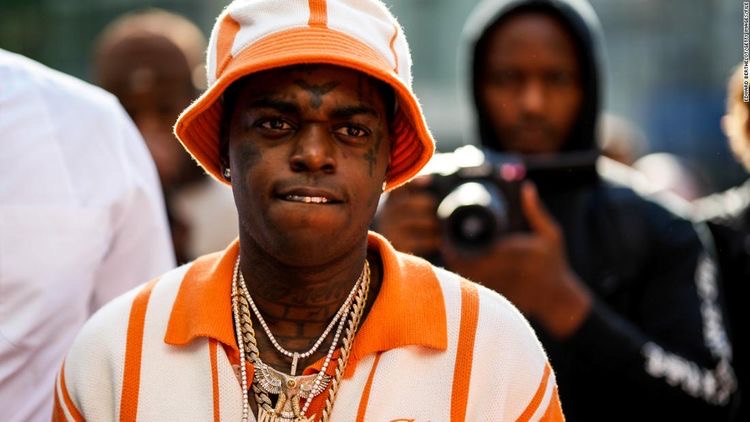 Kodak Black hopped on Instagram Live on Christmas eve (Dec. 24) to share his thoughts on the Megan Thee Stallion shooting trial, and the Tory Lanez guilty verdict. While Megan Pete has garnered support from the likes of Adele and netizens, Kodak Black doesn’t believe the verdict was correct.

Tory Lanez’s Family Calls Out Jay-Z And Beyoncé In Court: “God Is Watching”

“This shit aint right, homie. For real, bro,” Kodak began. “And Tory Lanez a good n-gga, bro…This shit f-cking with my Christmas Eve. Everybody shit ain’t for me to speak on. But it’s like n-ggas aint finna talk about that. N-ggas finna act like this shit ain’t never happen. I don’t know. I wasn’t in the courtroom. But at the same time, if it is some fucked up shit going on, n-ggas ain’t gonna wanna say nothing because of the politics bullshit. And all of this Jay-Z shit. But I don’t like that shit nan bit.”

“Now, I’m a God-fearing n-gga,” Kodak continued. “If my brudda actually did do that shit, God gon’ see it through where he get the justifiable punishment he feel like he deserve for that.”

He went on to say he is totally against men harming women, but questioned the legitimacy of Megan’s story.

“They done caught this female in a few lies and shit,” he continued. “And then, how you find a n-gga guilty for shooting the b-tch, when ain’t no evident behind it? Y’all talking ’bout, b-tch had gun residue and another person. And ain’t nobody came through and say, ‘Yea, he did that shit.’ That shit don’t sit well with me.”

Kodak Black also called out Jay-Z and Roc Nation for their alleged involvement in Tory’s conviction, while also blasting Meg for a seemingly lack of code.

“Who advise that sh-t right before Christmas. And JAY-Z standing behind that sh-t, you a f-ck n-gga homie. And Meg, you supposed to be from the streets …. even it was a gunshot on your foot (and not pavement fragments) … I know a b-tch who got shot in the toe, too. I know a female who got shot in the toe. You don’t see her talking about sending n-ggas to jail.”

“You supposed to be from the streets,” he continued. “Took a n-gga from his family. Then after that n-gga gonna get deported, bro. But what you care is you don’t be seen as no liar. JAY-Z and Roc Nation gonna feel like we investing money in this b-tch and then they caught her lying and what that mean, what Roc Nation a lie or some crazy sh-t like that.”

Kodak Black isn’t the only person to peddle the Jay-Z and Roc Nation conspiracies. In addition to Tory Lanez’s father Sonstar Peterson, who promised “Roc Nation will crumble.” Bobby Shmurda also implied that Roc Nation had a role to play in Lanez’s guilty verdict.

“These labels is nasty. Look what they just did to Tory. That sht is nasty. These the same people that say they come from our lifestyle. These motherfckers playing dress up. Tory, Young Thug … I don’t even want to be rapper. This sh*t is crazy. And then motherfckers want to be artists.”

Tory Lanez was found guilty on December 23 on all three charges for the 2020 shooting of Megan Thee Stallion, including one felony count of assault with a semiautomatic firearm, carrying a loaded, unregistered firearm in a vehicle and discharging a firearm in a grossly negligent manner to cause bodily injury. He faces 22 years in prison and deportation when he is sentenced on Jan. 27, 2023.

A petition calling for a retrial has received over 30,000 signatures. The petition claims Megan Thee Stallion, and her ex-best friend Kelsey Harris gave inconsistent and contradictory testimonies, and should be charged for perjury.