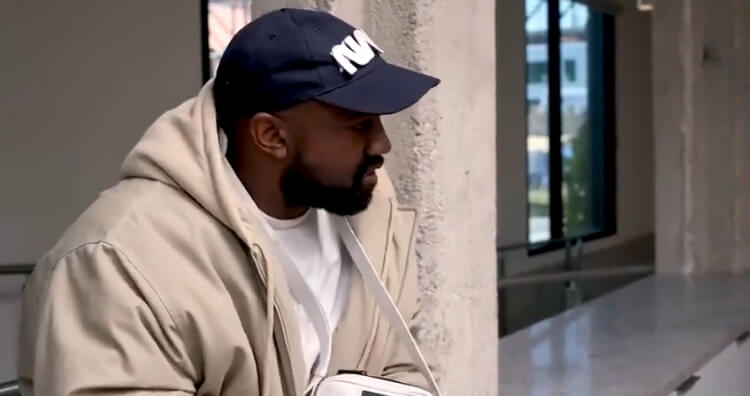 Kanye West details dinner encounter with Donald Trump and what happened when he asked the former president to be his running mate for the 2024 presidential election.

Turns out Kanye West’s meeting with Trump where he proposed the MAGA leader be his running mate for the 2024 United States presidential election did not go so well.

The 45-year-old kicked off his presidential campaign this week with with a series of videos posted on his Twitter account, Thursday (Nov. 24). In one of the clips, the former Yeezy billionaire details his encounter with Trump at his Mar-a-Lago estate.

“I think the thing Trump was most perturbed about [was] me asking him to be my vice president. I think that was lower on the list of things that caught him off guard,” Ye tells commentator Milo Yiannopolous in the clip.

The rapper says Trump was was “really impressed with Nick Fuentes,” who was one of the figures that accompanied him to the meeting. He later reveals he questioned America’s former president about why he decided against freeing the agitators who stormed the Capitol Building on January 6, and suggested that he reinstates some of the canceled people that worked on his 2016 campaign.

“And I came to him as someone who loves Trump. And I said, ‘Go and get Cory [Booker] back, go and get these people that the media tried to cancel and told you to step away from.’ He basically gives me this would be mob-esque kind of story, talking to some kid from the Southside of Chicago trying to sound mobby or whatever.”

Trump was reportedly starting to get angry with West, and reportedly told the rapper he released Alice Johnson (a grandmother who had been serving life without the possibility of parole for non-violent drug offense) because of him and not because of Kim Kardashian. Kanye then claimed Trump hurled some profanity at his ex-wife.

“He goes into this story about all that he went through to get Alice Johnson out of jail and how he didn’t do it for Kim, but he did it for me,” Kanye says.

“But then he goes on to say that, ‘Kim is a [bleep], you can tell her I said that,’” he continued. “And I was thinking like, ‘That’s the mother of my children.’ Since we and all the Christians in America that love Trump, know that Trump is a conservative, we’re gonna demand that you hold all policies directly to the Bible.”