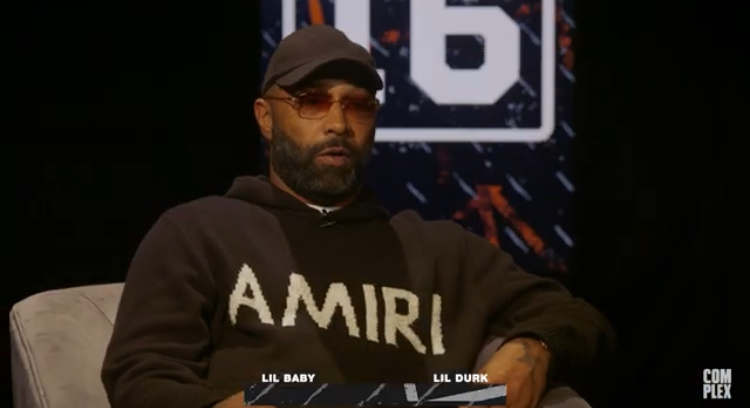 Joe Budden was a recent guest on Complex Brackets with host Bryan “B. Dot” Miller to crown the best rapper alive. During the course of the episode, the Joe Budden podcast host proclaimed Kendrick Lamar a top ten artist of all time.

“Kendrick Lamar when it’s all said and done is a top ten artist, rapper of all time,” he said. When the host asked him if he thought that was a crazy thing to admit, Joe responded with “No.”

“No it ain’t,” he added. “We gotta stop thinking it’s crazy to say it. This [Kendrick Lamar] is a top ten rapper of all time.”

He went on to rank the rapper’s mainstream albums, starting with his favorite. Budden admitted he wasn’t a fan of To Pimp A Butterfly, saying he did not feel like the album had the right “mixture of music and message.”

Regardless of Budden’s own personal thoughts on Lamar’s third studio album, TPAB debuted atop the US Billboard 200, after selling 324,000 copies in its first week of release. The critically acclaimed album also earned Lamar seven nominations at the 2016 Grammy Awards, including a win for Best Rap Album and an Album of the Year nomination.

Elsewhere in the discussion, Joe Budden said he does not consider Eminem a top ten rapper. “I don’t know if Eminem is top 10,” he said while critiquing B. Dot’s Top 10 Rappers of All Time list, which featured Em at number seven. Budden believes most of the Detroit rapper’s discography haven’t age well, except for his first album and the Marshall Mathers LP.