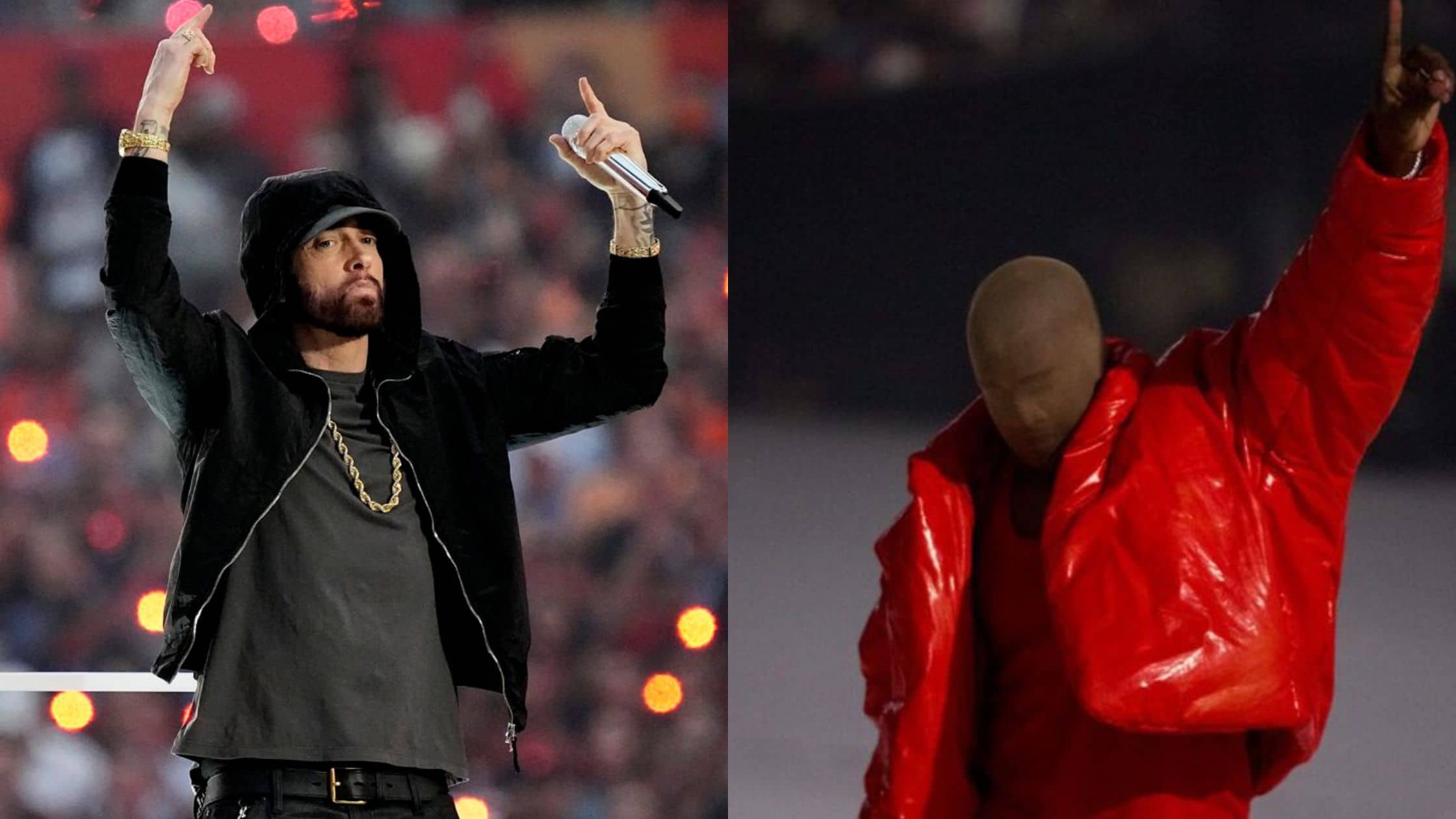 Eminem sparked a social discussion about his personal faith with his verse on DJ Khaled and Kanye West’s Use This Gospel remix, in which he praises Jesus and denounces the devil. The verse was a lot different from what many are used to from the Detroit native, who more than often induces words like rape, drugs and violence in his lyrics. Regardless of his past life, Eminem rapping about putting his trust in God has been seemingly well received by the Christian demographic, and has helped him unlock a new achievement in his career.

According to Billboard “Use This Gospel” opend at No. 1 this week on the Hot Christian Songs chart, earning Eminem and DJ Khaled (who is Muslim) their first number-ones on the Christian Chart. The song also scored Ye West his fifth number one on the chart.

“Use This Gospel” can be found on DJ Khaled’s thirteenth studio album “God Did” which also includes contributions from Jay-Z, Lil Durk, Latto, 21 Savage, Jadakiss, Drake, Future and more. During a phone interview with Zane Lowe for Apple Music’s New Music Daily, Khaled explained how the track was created.

“I haven’t told this story yet. He [Kanye] came by my house like a year and a half ago, I played him music, first he came to my house to get some eggs, 8:00 in the morning and he just showed up to my house. I never knew he was coming, tells the chef, ‘Give me some eggs with ketchup,’ and he had a drink,” Khaled explained.

“We go to my studio, I play him music, he plays me music, we both inspiring each other. He plays me an incredible album that he did with one of my idols, Dr. Dre, he played it from top to bottom for me. I couldn’t believe what I was hearing. We had a great get-together at the crib, he leaves, that’s a year and a half ago.

“I told you he was making records for this album, me and Ye, he couldn’t finish them because he was so busy, so I said, “I got an idea. I remember you playing me this Dr. Dre, Eminem, Kanye record and y’all was talking about God, y’all was speaking that gospel.” I said, “Man, that would be beautiful if we could put that on God Did,” and Ye hits back and says, “I love the idea.” You know Ye don’t love no idea, he said he loves the idea. I talked to Ye, he said, “I’m down.”

God Did opened atop the Billboard 200 after moving 107,500 equivalent units in its opening week.