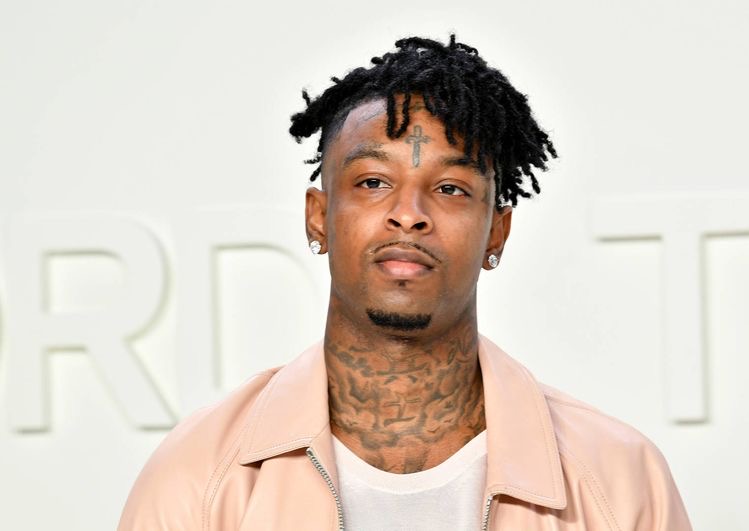 Twitter reacts to 21 Savage allegedly snitching on himself on Clubhouse.

Insert Thugnificent’s ’what did he do to make them n-ggas that mad?’ clip here because 21 Savage just went off on Clubhouse. The British-born rapper was in a heated argument with someone from Chicago on the app and the conversation wasn’t pleasant.

In a clip that surfaced online Monday (Jan. 16), 21 Savage can be heard saying, “You waited for this moment your whole life, so you could argue with a n-gga on Clubhouse. You keep letting all these Chicago n-ggas boost your head up, like y’all n-gga ain’t dying in real life, man. Stop playing.”

Savage then responded with too much information to a question about his crew being undefeated.”Every n-gga that we beef with, 30 of they n-ggas get smoked and don’t nothing happen to us,” he brags. “In real life, n-gga. It’s real life!”

Voices in the background tried to get him to calm down after that, but Savage wasn’t done snitching on himself.

“Aye Cap, you from Chicago. I advise you to shut the fuck up,” he says. “’Cause the n-ggas that I fuck with up there spanking shit, so stop playing. Y’all ain’t spanking nothing.” The clip cuts off with someone hurling out death threats repeatedly, “n-gga… You will die.”

21 Savage has an unhealthy obsession with Clubhouse and has been guilty of saying too much on there. He once got into a heated debate with Wack 100 on the social media app after the snitch detective accused him of being a federal informant.

“You calling me a snitch, man,” 21 responded to Wack after the latter claimed a DA in Atlanta told him “there’s a well known rapper who’s telling.”

“You got a threat of getting sent out the country because you ain’t a real citizen,” Wack said. “We gotta figure out your shit, maybe she right maybe she wrong. Maybe I’m right, Maybe I’m wrong.”

Savage also faced mild backlash back in November for hopping on the platform to call Nas irrelevant. “He just has a loyal fanbase and he still makes good ass music,” Savage said.

21’s recent Clubhouse spat had social media users concerned for his career, with some questioning his intelligence.

“Niggaz arguing over who killed the most niggaz on clubhouse,” Freddie Gibbs tweeted along with a facepalm emoji.

In response to Gibbs’ tweet, rap vet Ice T added, “I actually think that app was created by the police. Especially for Dumb MFs.”

“21 Savage really loves Clubhouse App. Wild he was just talking about peace. Now he’s back on there basically snitching on himself,” one Twitter user wrote.

Another said, “21 Savage needs a job. He clearly has too much time on his hands to be posted up in Clubhouse being too chatty.”

21 Savage is yet to respond to the clip. Keep scrolling for more reactions to the 30-year-old allegedly snitching on himself on Clubhouse.