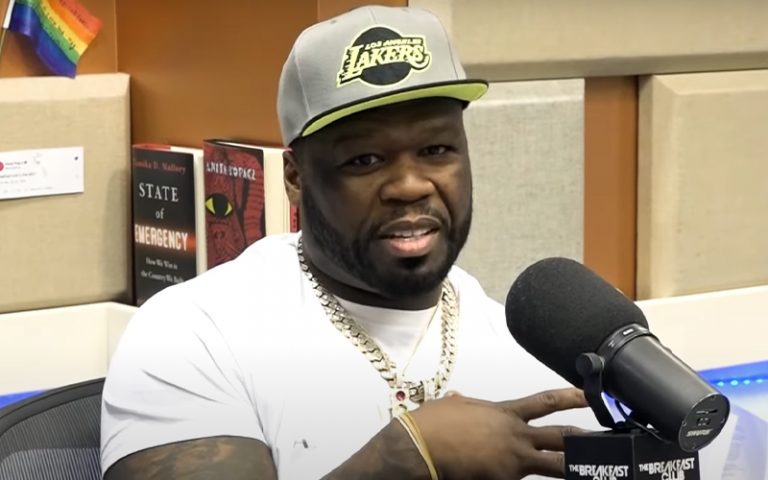 50 Cent has addressed claims that The Game wrote “What Up Gangsta” from his 2003 album Get Rich Or Die Trying.

While in a Clubhouse room earlier this year, Wack 100 suggested “What Up Gangsta” was co-written by The Game.

“I’m going to speak on something you don’t never speak on,” Wack said, responding to a Clubhouse user who asked whether it was true that 50 had written a grip of tracks for The Documentary.

“‘What up cuz, what up Blood, what up Gangsta.’ Who you think wrote that?” Wack retorted. “I’mma leave it alone … Bro just don’t be beating his chest.”

50 Cent, who is credited for writing 6 songs on The Game’s debut album, The Documentary dismissed the claims, suggesting his ”Hate It Or Love It” collaborator is desperate for attention.

“[The Game] said he wrote ‘What Up Gangsta.’ I’m like, ‘C’mon on, bro. You wasn’t even around when we did that. That was before you even came into the picture,’” Fif said. “… We didn’t even know who he was until after. There’s a point when you [reach] desperation and you’ll say anything.”

The track in question was featured on 50 Cent’s debut studio album “Get Rich Or Die Trying.” Released on February 6, 2003 via Interscope Records, Dr. Dre’s Aftermath Entertainment, Eminem’s Shady Records, and 50 Cent’s G-Unit Records — Get Rich or Die Tryin‘ debuted and peaked at number one on the Billboard 200, selling over 872,000 copies in its first week.

Elsewhere in the interview, 50 Cent confirmed he’s working on new music for what “may not be” his last album, and alludes to a theatrical rollout for the songs

“I started working on some things. It may not be the last album. It may be broken up into something that goes out with one of the television shows. But creatively…I got all the vehicles that I need to do it. I got 25 television shows,” he told DJ Envy.

“I could just put this EP connected to this. Let it rock without having the pressure of it being a full album. If you look, when the last time you seen the actual numbers on the sales of a record?”

Using Kanye West’s Donda 2 Stem Player rollout as reference, Fif believes avoiding a traditional release could shield him from the pressure of worrying about sales.

“Like you see Kanye put his thing in a device, and you can’t actually see the numbers,” 50 Cent continued. “That’s because if you see the numbers, you’ll go ‘Oh wait a minute,’ you not as hot as you used to especially when you have a huge successful sales record.”

“They’re voiding that number by putting it on a device or putting it through TIDAL or through somewhere else you can’t actually see what’s happening with it,” he added.

In the same Breakfast Club interview, the Queens native touched on his relationship with ex-G-Unit members and why he has no interest in doing another album with the group.

“I probably won’t do a project with them,” said 50. “I’m done with carrying them around. My back hurt.”

He went on to explain why he still maintains a cordial relationship with Tony Yayo.

Yayo] is a different animal. If it doesn’t—you know what? Charlamagne, if he does something wrong, I don’t care what magnitude of it is, he’ll go, ‘My bad.’ And he’ll go, ‘Aight.’ And we just keep going ’til the next time he does something wrong. That’s the relationship! That is our relationship. Now, when you look at Banks, all these other guys, they came in by way of him and they have a different temperament. It’s not like, it’s not the same relationship.”

“So, I don’t necessarily go back to carrying him. Yay is different.”