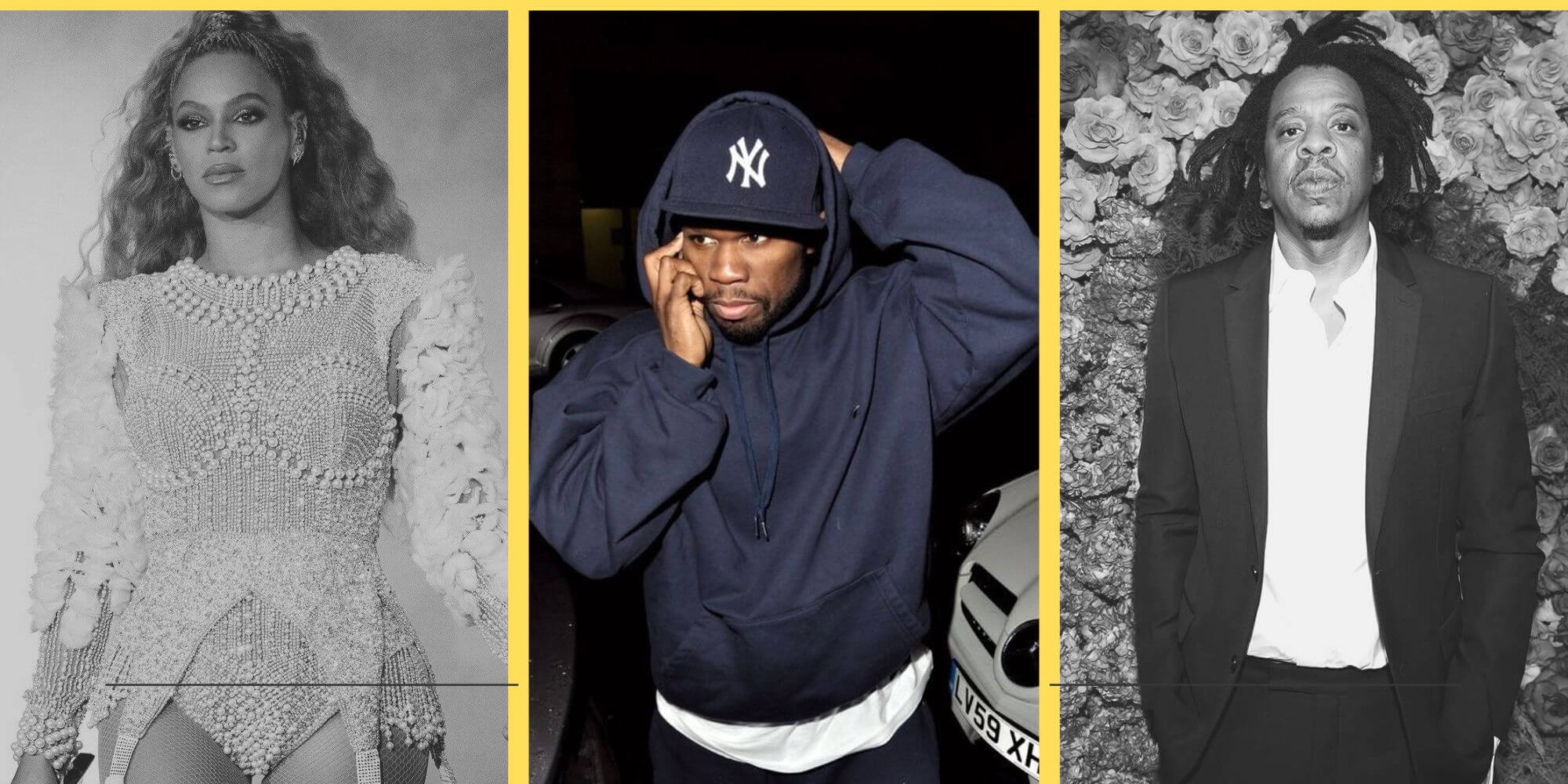 50 Cent Reveals Beyoncé Confronted Him Over Beef With Jay-Z

50 Cent recently visited The Breakfast Club (Aug. 12) where he discussed a salvo of hot topics including his reasons for passing on the opportunity to sign J. Cole in 2007.

While discussing his success, which he says didn’t translate into awards, Fif claims Jay-Z got to win many trophies because he signed a contract that guarantees he and Beyoncé both get a trophy if they’re nominated.

“Jay got all the motherfucking trophies, man. ‘Cause he signed that contract, the one with Beyoncé” he said at the 35:00 point. “If you don’t give him a trophy she ain’t coming.”

Charlamagne tried to get him to rethink his choice of words, while reminding him of the time the Renaissance singer jumped down on him in Vegas.

Fifty confirmed the confrontation, saying “She did, she did worse,” he said comically. “She jumped off a thing, off the ledge. I was like, ‘Oh shit.’ I didn’t really know what to do. It was one of those situations where you were like, ‘Whoa!’ … She was like on a window sill.”

He continued: “She came like she was ready! Like something was gonna happen! And I’m like, ‘Woah, woah, woah.’ She throwing me off now ’cause I don’t know exactly how to respond to this. You are still Beyoncé. She brought all of the sexy over with that energy jumping off.

He went on to joke about Jay-Z’s infamous 2014 elevator incident with Solange, and how different the confrontation could have been if she was involved. “If Solange was there I would’ve had to reboot,” he joked. “She popped in that elevator like it was nothing, there was some gangsta shit going.”

50 Cent faced off with Jay-Z competitively in the early 2000s when he rapped about robbing some of hip hop’s biggest names at the time, including the Marcy Projects mogul on his 1999 song “How to Rob.” Hov subliminally fired back on “It’s Hot (Some Like It Hot),” rapping: “Go against Jigga? Your ass is dense/I’m about a dollar; what the fuck is 50 cents?”

The song also forced reactions from Big Pun, Missy Elliot and Wyclef Jean. 50 Cent explained his reasons for recording the track in an interview with VIBE.

“You know why I did “How to Rob”? I didn’t have a choice. I was on Columbia Records. My album release date was coming. I had no buzz. It didn’t matter if it turned into beef with everybody. I took that shot because it was my only shot. If it didn’t work I was going back to the ‘hood.”

Read our full explanation of the 50 Cent Vs Jay-Z beef: What Really Happened