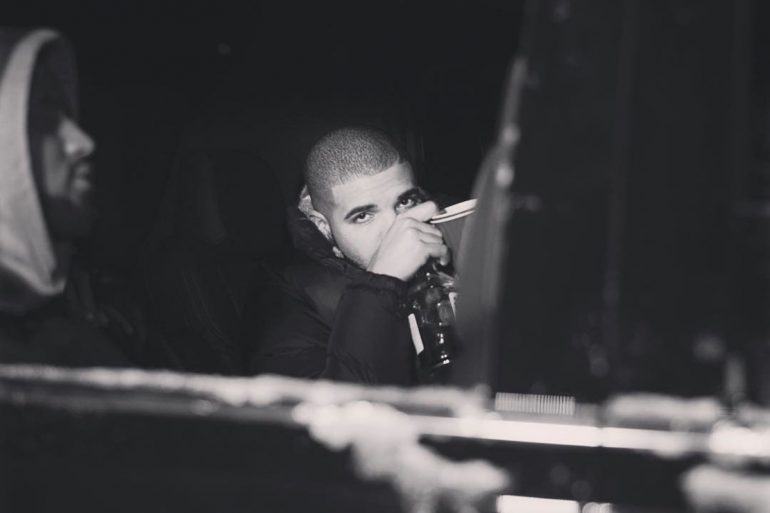 Is Drake The Greatest Artist Of All Time? Numbers Don’t Lie

Opinion: Drake remains untouchable in the streaming era and continues to dominate. The Toronto-native has done it all, won it all, and is now presumably bored.

Editor’s note: The following article is an op-ed, and the views expressed are the author’s own.

Drake remains untouchable in the streaming era and continues to dominate. The Toronto-native has done it all, won it all, and is now bored with winning. Drake is at a point in his career where he’s now having unburdened fun with the sort of music he’s making, and no longer aims to please. This became more apparent with the release of his experimental dance album, Honestly, Nevermind.

Despite the mild hysteria that followed the release, “Honestly, Nevermind” smashed the record for first-day streams worldwide for a dance album on Apple Music. The album also helped him become the first solo male in history to debut atop the Billboard 200 and Billboard Hot 100 simultaneously twice.

The seemingly lack of thought that goes into naming of his albums as well as the bland look of some of his recent album covers suggest he knows he no longer has to go the extra mile to achieve success. His album titles and artwork often feel like they were conceived after a drunk night out.

On August 15, The Certified Lover Boy became the first artist in history to earn 100 Top 20 hits on the Billboard Hot 100 when “Staying Alive” by Dj Khaled featuring Lil Baby and Drizzy himself landed at number 5 on this week’s chart (dated Aug. 20). The milestone broke the all-time record for most top 5 hits among all artists in Hot 100 history, surpassing The Beatles (29).

The Canadian has had a lot to celebrate all through his career, and simply reacted to his latest achievement by saying “Ok I broke my records for the month now,” he captioned a screenshot of the milestone.

In his Instagram stories, he captioned the same screenshot announcing his new Billboard record with “Drinks anyone “, and in another story wrote “Just another celebration with a red marker on a plate.”

Is Drake The Greatest Rapper Alive? The Argument

Since making his official debut in 2010 with “Thank Me Later,” Drake has progressed at an unusual pace. The rapper, born Aubrey Drake Graham worked his way to the top by delivering stellar, yet relatable guest verses on records with the likes of Rick Ross, Lil Wayne, Kanye West and more. His presence was felt on hooks as well, even Lil Wayne recognized the growing star power he possessed and went on to reference it on the 2011 song “Y.U. Mad” where he rapped “and we gon be alright if we put Drake on every hook.”

He wasn’t wrong. In a short time, Drake, 36, evolved into a mainstay in hip hop and became the De facto go to guy fot a hit.

The Views rapper has had the longest streak of any musician in the streaming era and we can no longer pretend these achievements are ordinary. As one fan puts it, “Our Generation takes Drake for granted. He broke so many wild ALL TIME music records. We act like it’s just a regular day because we are so use to it by now.”

20- 30 Years from now perhaps He will be more appreciated knowing his name will Echo when the next Artist Chasing it.”

I can’t agree more. These records already immortalized his name in history and would be referenced by future generations. You can argue some would imagine him the GOAT, same way previous generations revere The Beatles.

Drake is the Usain Bolt of the streaming era. Every race (release) brings its share of Billboard chart history. Look at last year’s Certified Lover Boy, which dominated nine out of ten spots on the top ten (including the entire top five) and tied a Beatles record. Before that, Drake charted seven songs in the top ten with Scorpion, which broke the Beatles’ previous record of five songs in the top five.

I know it’s easy to pretend numbers don’t tell the true story, but we’re in the streaming era, and numbers control the algorithm. Drake has all the numbers and holds all the records.

Drake is among the world’s best-selling music artists of all time, and has also achieved critical and commercial success with mixtapes such as If You’re Reading This It’s Too Late (2015), the Future-collaborated What a Time to Be Alive (2015), More Life (2017), and Dark Lane Demo Tapes (2020).

With everything that has happened since the beginning of his career to where he is at today and what his future holds, Is it out of place to say Drake is the greatest musician and hip-hop artist of all time?

Here’s a quick rundown of some of the major Billboard records held by Drake (Via Billboard).

The rapper still has a few more records to break, and at 36, you wouldn’t rule it aginst him.