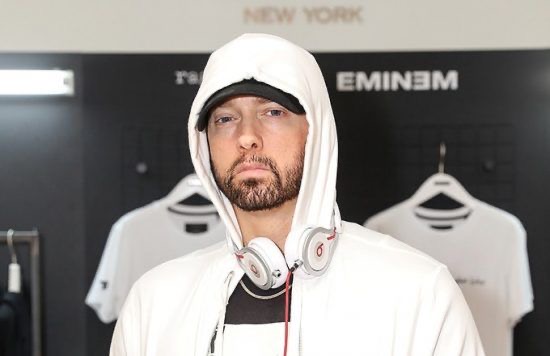 “We Lost A Legend” — Eminem Pays Tribute To Pat Stay

Eminem reflects on the death of battle rapper, Pat Stay who was fatally stabbed earlier this month. In his tribute message the Detroit legend called the father of two a hip hop legend.

“I just wanna send my condolences out to the Pat Stay family and friends,” Eminem said in a video. “Bro, I know we never got a chance to meet, but I’ve been a huge fan of yours for years. The level that you rap to, it’s like the pinnacle of battle rap. It doesn’t get any higher than the level that you rapped at. I just wanna say, we’re gonna miss you bro. Hip Hop is gonna miss you. We lost a legend.”

Eminem’s Bad Meets Evil collaborator Royce Da 5’9 also also shared his condolences to Pat Stay’s family and expressed how fortunate he was to have connected with him.

“I’d just like to take the opportunity to send my deepest condolences to Pat Stay’s family. I don’t even know if I can put into words how great of a man that I felt that he was. Aside from being an amazing rapper, I had the honor and the privilege to be able to build somewhat of a personal relationship with the man, and that’s pretty rare to be able to do in this business.”

As noted above, Pat Stay, 36, was stabbed on Sunday, Sept. 4, while partying at the Yacht Club Social, Bar & Distillery in Halifax, Nova Scotia. A homicide suspect, 31-year-old Adam Drake, was arrested on September 10 in connection with the stabbing, but is yet to be charged.